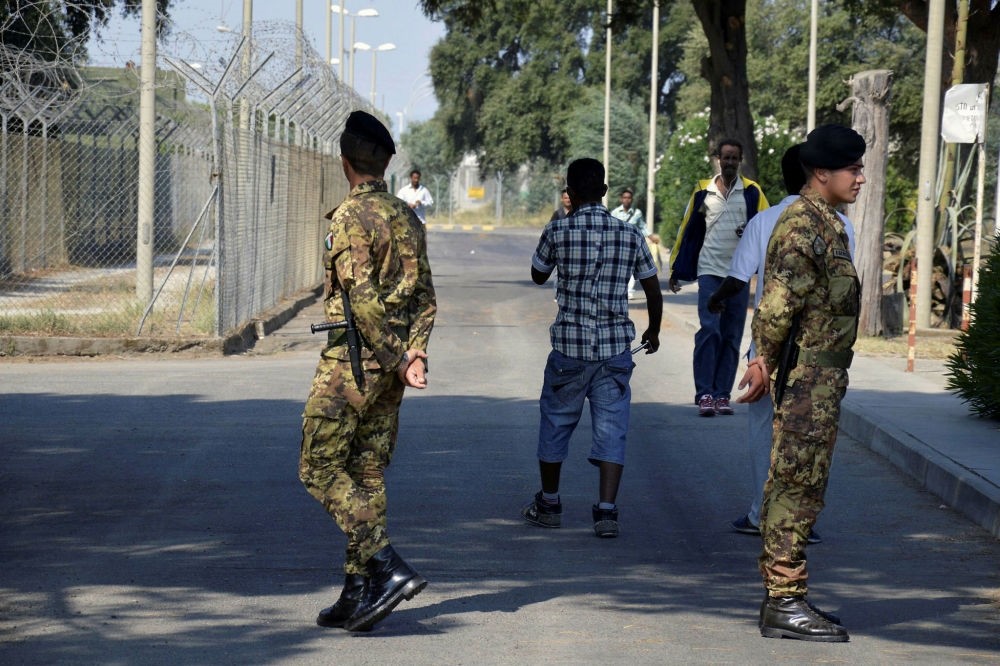 A mafia ring took charge of one of Europe's largest migrant reception centers, using a Roman Catholic charity organization as a cover to cream off millions of euros in state funds

Italian mafia have infiltrated one of Europe's largest reception centers for migrants, creaming off state funds that were earmarked for the care of new arrivals, prosecutors said on Monday.

Police arrested 68 people in early morning raids in the southern toe of Italy, including a priest and the head of a Roman Catholic association that runs the Sant'Anna Cara immigrant center in the town of Isola Capo Rizzuto. Amongst the accusations levelled against those detained were involvement in a mafia organization, extortion, misappropriation of state funds and fraud, said a statement from police in the southern city of Catanzaro.

Police said many of those arrested belonged to the Arena clan of the 'Ndrangheta mafia -- Italy's most powerful organized crime group and one of Europe's biggest cocaine importers.

Investigators said "Mercy" subcontracted catering services to companies run by the Arena clan, which allegedly skimmed some 36 million euros ($39.5 million) of the 103 million in public funds destined for migrant care at the center between 2006-2015.

The police statement said the Arena clan was suspected of winning contracts to provide catering for migrants both in the Isola Capo Rizzuto center and on the southern island of Lampedusa, which is on the front line of the migrant crisis. In addition to the migrant center, police accused the Arena clan members of a host of mafia-related crimes, including running betting parlors and extortion rackets. In all, authorities seized some 84 million euros in real estate, cars, financial holdings and other assets.

The Isola Capo Rizzuto center has room for more than 1,200 people, making it one of the largest in the country. The state gives it some 16 million euros ($17.5 million) a year to house and feed the migrants.

The Calabrian center had long been on the authorities' radar: In 2015 Italy's L'Espresso magazine published an investigative report alleging that managers at the camp were stealing funds earmarked for migrants and making money by starving them.

"If the organization was supposed to provide 500 meals, it provided 300 and the rest went hungry," prosecutor Nicola Gratteri said.

The recent operation shows that the mafia has moved in on one of Italy's few growth industries: caring for migrants. The blitz, dubbed "Operation Jonny," was the second major investigation into the lucrative business of caring for migrants: In 2015, police in Rome arrested 44 local politicians and businessmen accused of forming a network that rigged public contracts to provide services for migrant holding centers in the Italian capital.

Italy's anti-corruption czar, Raffaele Cantone, said the arrests are just "the tip of the iceberg" given the migrant crisis and amount of public money being spent on it.

"The issue has behind it the urgency of responding to the migrants, who are arriving in ever greater numbers, and that often checks fall through the cracks," the ANSA news agency quoted him as saying.

EU data shows that Italy is eligible for Brussels grants worth more than 500 million euros (550 million dollars) for migration, asylum and border management projects between 2014 and 2020. Italian prosecutors have long suspected mafia interest in these funds.

Italy is currently bearing the brunt of Europe's migration crisis. According to the U.N. Refugee Agency, or UNHCR, about 85 per cent of the 53,165 people who crossed the Mediterranean Sea since the start of the year landed in Italy. The Italian Interior Ministry says arrivals are up 44 per cent from the same period in 2016.
RELATED TOPICS