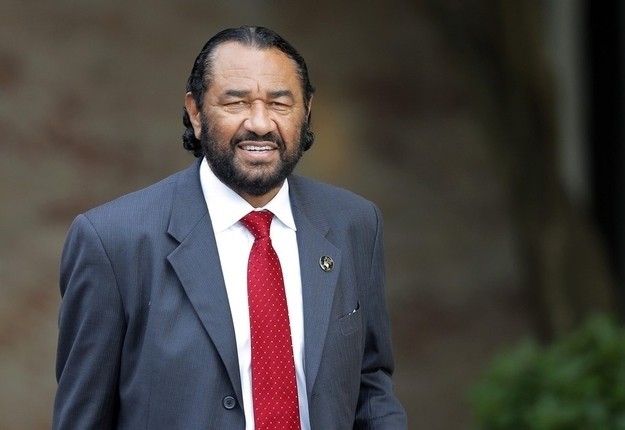 Texas Representative Al Green became the first lawmaker to officially call for Congress to impeach President Donald Trump on Wednesday, telling the House of Representatives he "will not be moved".

Speaking on the House floor, the Texas Democrat said Trump should be impeached for "obstruction of justice".

"I do not do this for political purposes," Green said in remarks directed to House Speaker Paul Ryan. "I do it because, Mr. Speaker, there is a belief in this country that no one is above the law, and that includes the President of the United States of America."

"I hope you can let this go," Trump told Comey, according to Comey's personal memos first reported by the New York Times newspaper and corroborated by the Washington Post. The White House has denied the report.

The disclosure is the latest seemingly damning report regarding Trump's relations with an ongoing probe into his presidential campaign's ties to Russia.

Trump made the exceptionally rare move of ousting Comey as the bureau investigates the matter, prompting concern from many, including members of Trump's own party.

The move initiated rumblings from Democrats for Trump's impeachment, but Green's speech Wednesday was the first official call to open proceedings.

A House majority would be required in order to open an impeachment trial. That seems unlikely in the heavily Republican-controlled chamber where the president's party holds 238 seats.

So far, No Republican in the House has publicly backed an impeachment.

Ryan, the House Speaker, told reporters at the Capitol that Congress must gather the relevant information before "rushing to judgment".

"Now is the time to gather all the pertinent information," he said, later voicing confidence in Trump.

Republican Rep. Justin Amash, however, said if Trump did urge Comey to quash the Flynn probe that would be grounds for impeachment.

"But everybody gets a fair trial in this country," he told the Hill, appearing to inch closer to an impeachment call.

House Oversight Committee Chairman Jaon Chaffetz wrote on Twitter Tuesday evening that he is going to get the Comey memo "if it exists".

"I need to see it sooner rather than later. I have my subpoena pen ready," he said.