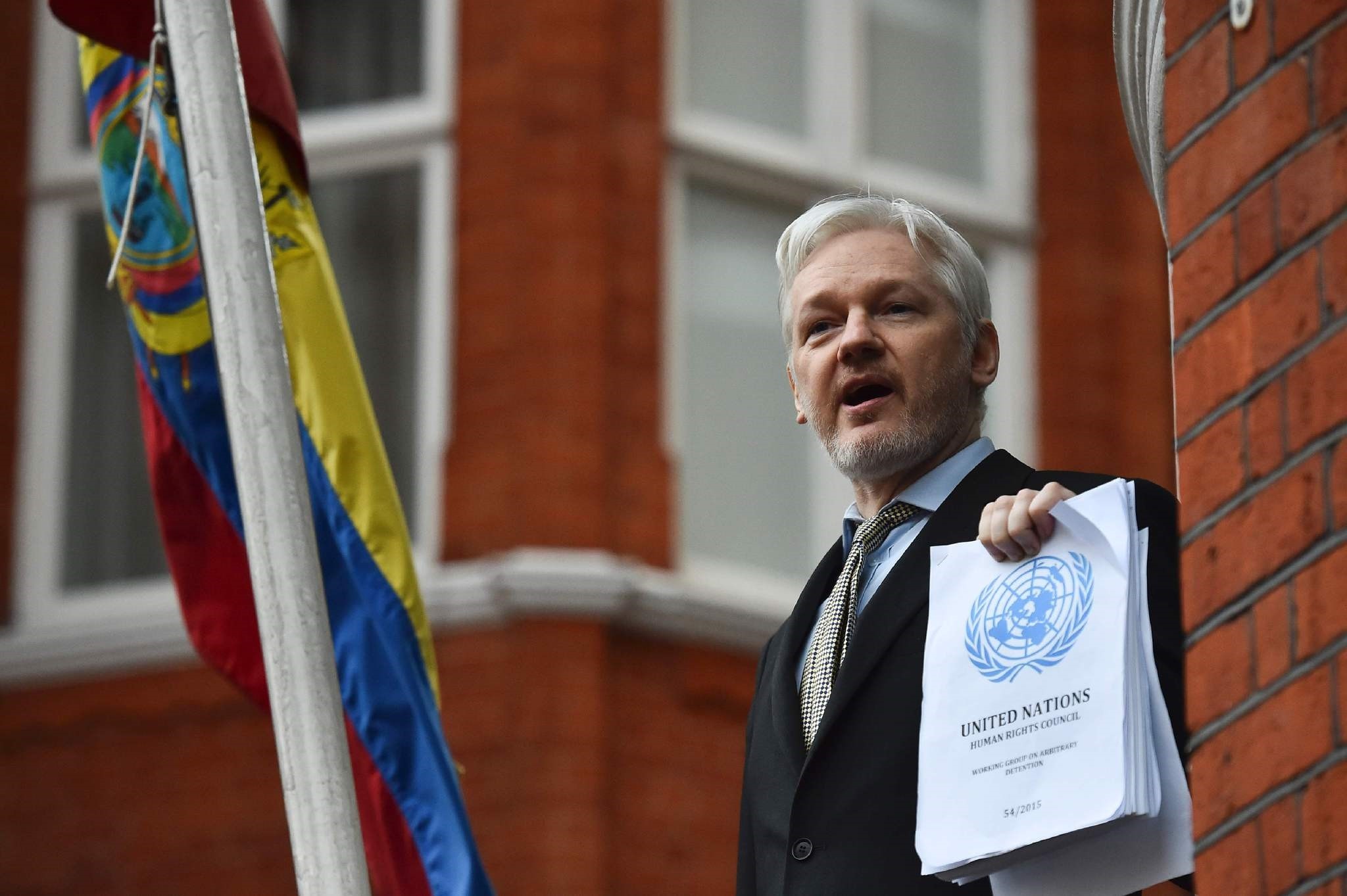 This file photo taken on February 5, 2016 shows WikiLeaks founder Julian Assange addressing the media on his case from the balcony of the Ecuadorian embassy in central London. (AFP Photo)
by Compiled from Wire Services May 19, 2017 12:00 am

Swedish prosecutors Friday dropped a seven-year rape investigation into Julian Assange, a legal victory for the WikiLeaks founder who has been holed up in the Ecuadorean embassy in London since 2012.

"Director of Public Prosecution, Marianne Ny, has today decided to discontinue the investigation regarding suspected rape by Julian Assange," the prosecutor's office said in a statement.

Following the announcement, British police said Assange would still be arrested if he leaves the Ecuadorean embassy in London.

"Westminster Magistrates' Court issued a warrant for the arrest of Julian Assange following him failing to surrender to the court on the 29 June 2012," London police said in a statement. "The Metropolitan Police Service is obliged to execute that warrant should he leave the Embassy."

The 45-year-old Australian denies the 2010 allegations which he fears will see him extradited to the United States and tried over the leaking of hundreds of thousands of secret US military and diplomatic documents.

Assange was questioned in November in the presence of a Swedish prosecutor. He has repeatedly reiterated his innocence and said the sex was consensual.

Ny and Chief Prosecutor Ingrid Isgren are set to hold a press conference on the decision at 12:00 (1000 GMT) on Friday.

The investigation has suffered from endless procedural complications since it began in 2010.

The statute of limitations on the rape allegation was due to expire in August 2020.