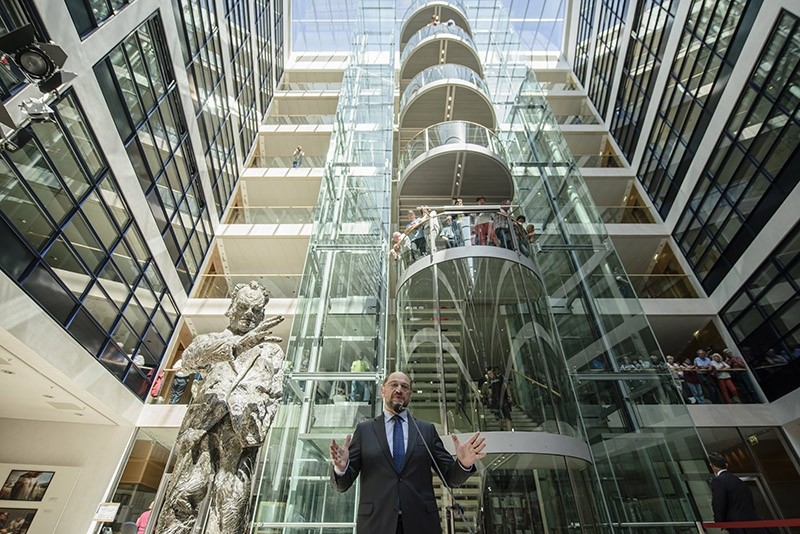 The leader of the German Social Democratic Party (SPD) and candidate for chancellor, Martin Schulz, talks to press at the Social Democrats Headquarter Willy-Brandt-Haus in Berlin, Germany, 17 May 2017. (EPA Photo)
by reuters May 22, 2017 12:00 am

German police on Monday evacuated the headquarters of the Social Democratic Party (SPD) in Berlin after a suspicious object was found in the mailroom, a party spokesman said.

All employees had to leave the building, including senior SPD members who were meeting in the Willy Brandt Haus for a weekly board meeting to discuss their party manifesto for the Sept. 24 election, the spokesman said.

In March German authorities intercepted a package containing a book concealing explosives and addressed to Finance Minister Wolfgang Schaeuble, who is from Chancellor Angela Merkel's conservatives.

The center-left SPD is currently the junior partner in Merkel's coalition government.