UK stops sharing intelligence with US after leak 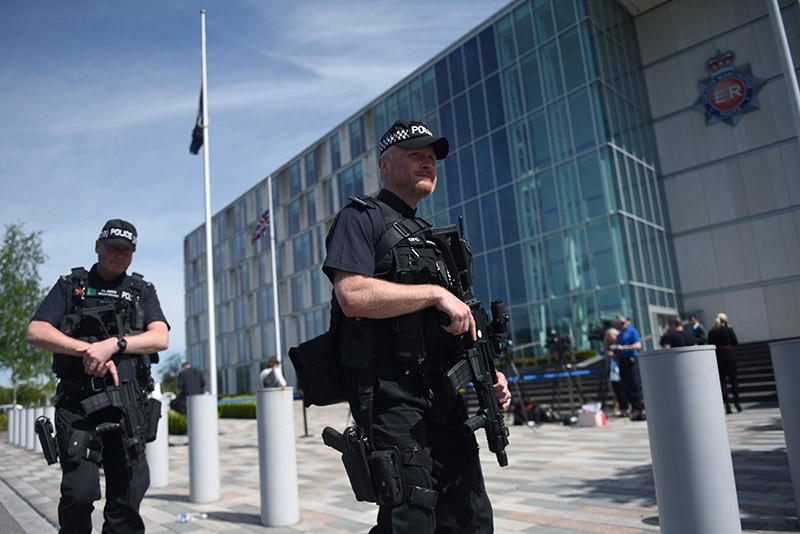 Flags fly at half-mast as armed British Police officers walk on patrol with their weapons outside of Greater Manchester Police force's headquarters in Manchester, northwest England on May 23, 2017 (AFP Photo)
by May 25, 2017 12:00 am

Leaks from an investigation into the Manchester terror attack are undermining the probe, British police said on Thursday as the BBC reported that police had stopped sharing information with the U.S.

A spokesman for Britain's anti-terror police said in a statement that British investigators relied on trust with security partners around the world.

"These relationships enable us to collaborate and share privileged and sensitive information that allows us to defeat terrorism and protect the public at home and abroad," the spokesman said.

"When that trust is breached it undermines these relationships and undermines our investigations and the confidence of victims, witnesses, and their families," he said.

"This damage is even greater when it involves unauthorized disclosure of potential evidence in the middle of a major counter-terrorism investigation".

The BBC on Thursday reported that Britain had stopped sharing information with US law enforcement "because of a series of leaks thought to have come from the American intelligence community".

Contacted by AFP, Greater Manchester Police declined to comment on the BBC report.

The New York Times published on Wednesday what appeared to be police photographs showing fragments from the bomb and a backpack used to conceal it.