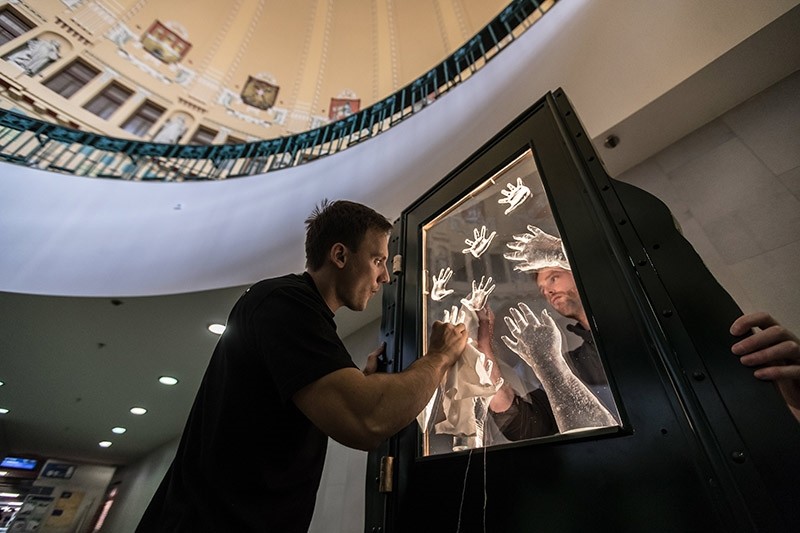 The children saved by Sir Nicholas Winton from Nazi death camps have unveiled a monument in Prague's main train station to honor their parents.

The Briton arranged eight trains to carry 669 children, most of them Jewish, from Czechoslovakia through Germany to Britain at the outbreak of World War II in 1939. He died in 2015 at age 106.

The children were sent to foster parents. Back home, most of their parents died in the Holocaust.

The Farewell Memorial is a replica of the 1939 train door with the hands of children on one side and those of parents on the other.

Milena Grenfell-Baines, one of those saved, said Saturday the monument was a belated expression of thanks.