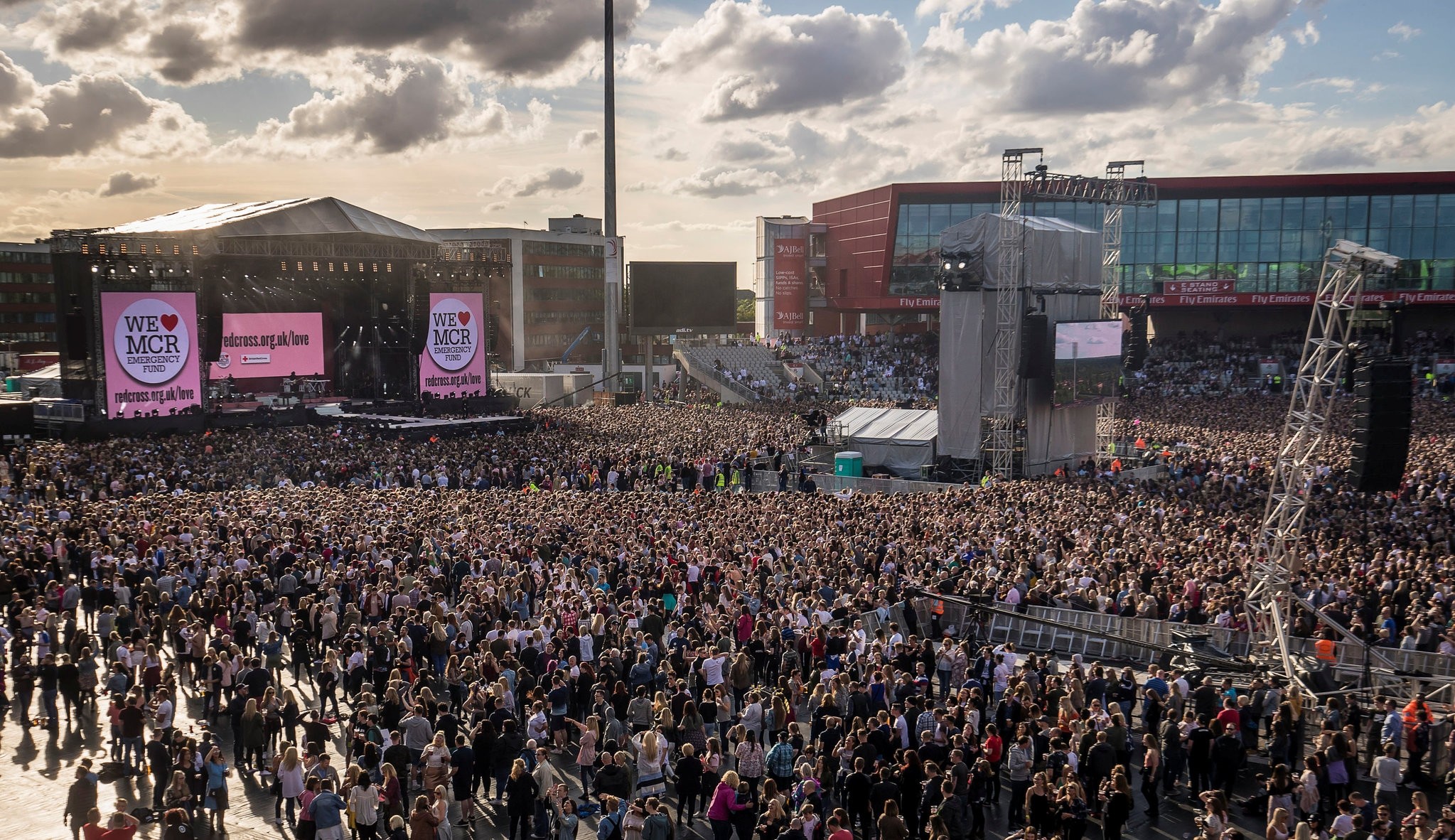 US singer Ariana Grande was performing at the "One Love Manchester" benefit concert at the Old Trafford cricket grounds in Manchester where 50,000 people had gathered in a strong statement against terrorism.

The charity event was put together after a terrorist attack on May 22 killed 22 people, including children and teenagers, shortly after the end of Grande's concert in the northern English city.

The concert in remembrance of the victims of that attack was opened by poet Tony Walsh, making a connection to Saturday night's terrorist attacks in London in which seven people were killed and dozens injured.

"Hatred will never win, fear will never divide us, because on this day, we all stood with Manchester," said Grande's manager, Scooter Braun, before she took to the stage.

Braun had earlier said that the concert would go ahead "with greater purpose" because of London.

"All artists involved have been unwavering in their support this morning and are determined to carry on with the show," he wrote on Twitter.

Grande is to be joined by Katy Perry, Justine Bieber, Miley Cyrus and Coldplay.

The concert is being streamed worldwide on television and the internet, and doubts that it would not take place because of the London attack were dispelled earlier Sunday by Manchester police and the event's organizers.

Manchester police said that "significant" numbers of police personnel would be present at the concert.

"Mounted officers are in the Trafford neigh-bourhood today and are ready to rein things if if anyone stirrups any trouble #OneLoveManchester," police tweeted before the concert started.