UK opposition leader calls on May to quit over police cuts 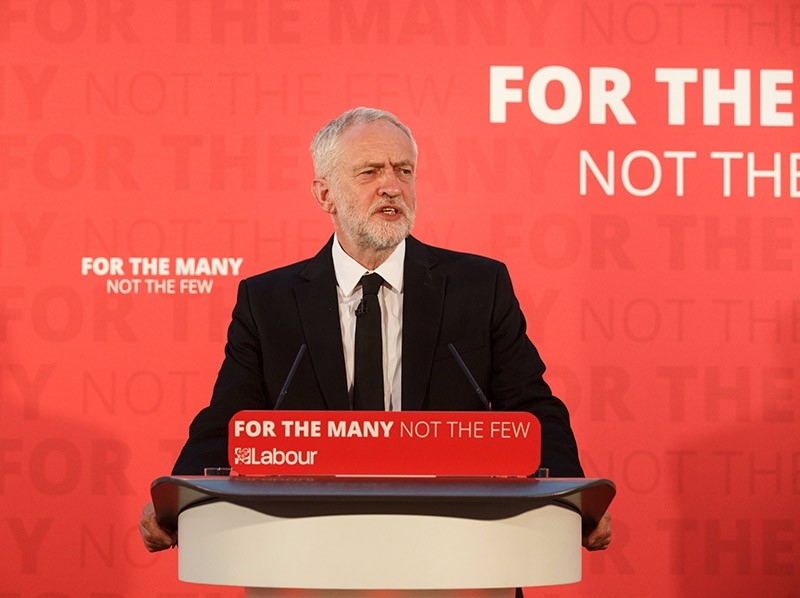 Britain's opposition Labour leader Jeremy Corbyn has called on Conservative Prime Minister Theresa May to resign after she presided over cuts to police numbers during her six years as interior minister.

Asked by ITV television if he backed the calls for May to resign after three terror attacks in three months, Corbyn said: "Indeed I would... We should never have cut the police numbers."

"There's been calls made by a lot of very responsible people on this who are very worried that she was at the Home Office for all this time, presided over these cuts in police numbers and is now saying that we have a problem -- yes, we do have a problem: we should never have cut the police numbers," he said.

Asked again if he wanted May to quit, Corbyn replied: "We've got an election on Thursday and that's perhaps the best opportunity to deal with it."

Britain will vote in a national election on Thursday, just days after terrorists killed seven people and injured nearly 50 in the heart of London on Saturday night, the third attack in Britain in less than three months.

May faced questions from reporters on Monday over whether she regretted cutting police numbers by around 20,000 during her time as interior minister from 2010 to 2016.

May has said counter-terrorism budgets have been protected and the police were given the powers they need.