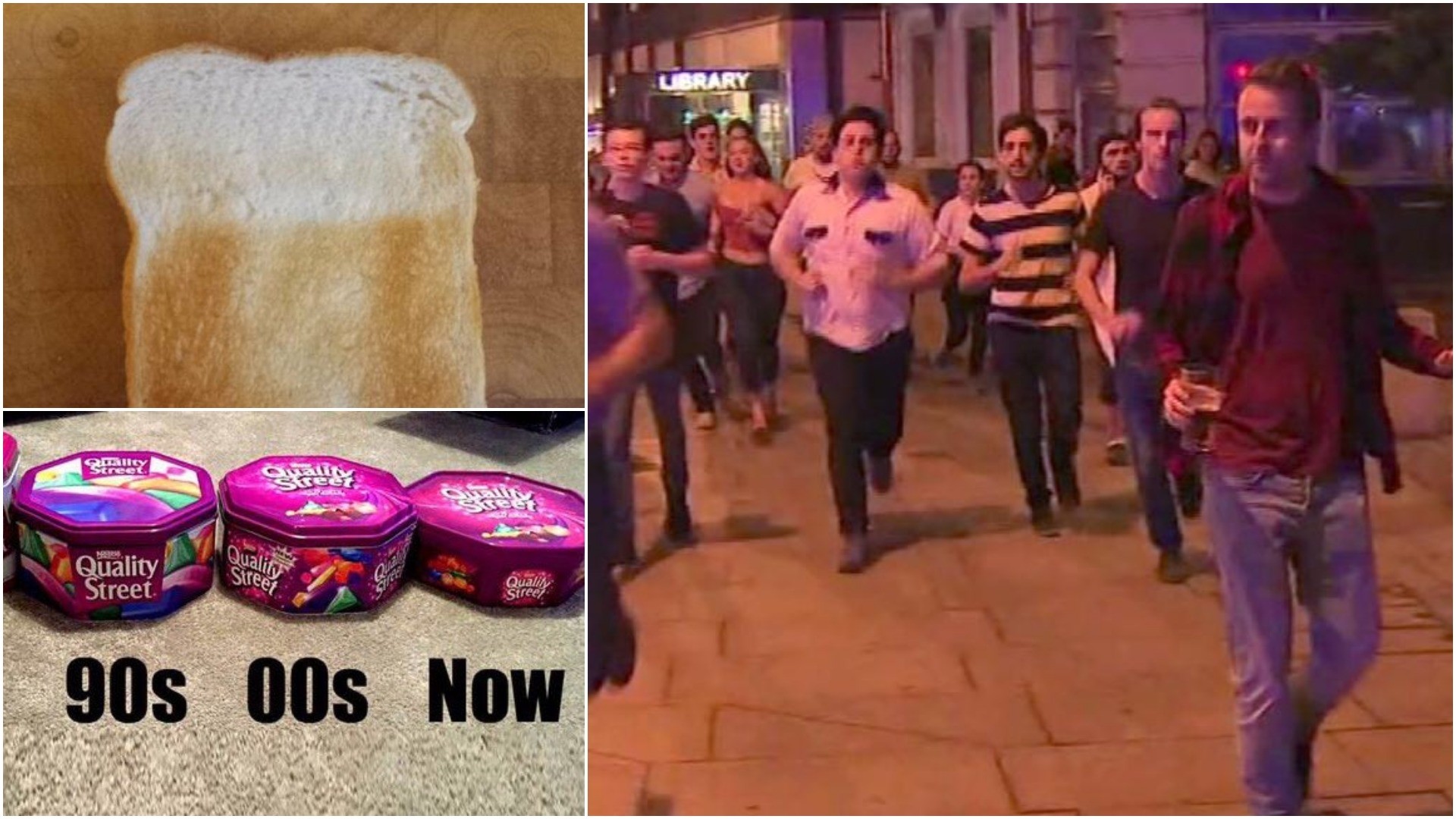 Britons are deploying their famed dry humor and stiff upper lip on social media in a show of defiance after the latest deadly rampage in London.

Determined to face down extremism and terror as well as internet-driven hysteria, social network users are having fun with ironic hashtags such as #IslamicStateClaims, using a different acronym for the Daesh terrorist group.

Many took the terror group's claim of the rampage Saturday that left seven dead and dozens injured with a pinch of salt, wondering if Daesh was also behind such outrages as the popular television show British Bake Off being taken off the BBC.

A user called @smallthunderdog posted a snapshot of four boxes of Quality Street chocolates, which have grown steadily smaller over the decades, with the caption: "This was us. #IslamicStateClaims".

"#IslamicStateClaims that your call is important to them and will be answered shortly," @gjoselyn quipped.

The New York Times touched off a tidal wave of British mockery with the earnest headline: "The London attacks hit a nation still reeling from the shock of the bombing in Manchester almost 2 weeks ago."

The line gave rise to the hashtag #ThingsThatLeaveBritainReeling on Twitter and featured images including toilet paper rolls hung the wrong way round, the rising price of Cadbury sweets and bread not properly toasted.

A user with the handle @DannyDutch showed a picture of a milkman doing his rounds amid the rubble of the London Blitz and said "No @nytimes, this is what "reeling" looks like. We'll start panicking when we've no milk for our tea."

The author of the beloved "Harry Potter" series, J.K. Rowling, retweeted the headline with a tart repost.

"The thugs who mowed down innocent people would love to think of the UK 'reeling' but it isn't. Don't confuse grief with lack of courage," said Rowling, who has more than 10 million followers on Twitter.

The thugs who mowed down innocent people would love to think of the UK 'reeling' but it isn't. Don't confuse grief with lack of courage. https://t.co/9MEUfPLnkv

And the now iconic image of a reveller fleeing the violence late Saturday but still holding his half-full pint of beer stood for a particularly British brand of sang-froid.

Liverpool's Echo newspaper identified the man in the picture as Paul Armstrong from the nearby town of Maghull and branded him an "unlikely national hero".

It quoted a Facebook post by a relative of Armstrong joking that he had been unwilling to waste a high-priced drink in the capital.

"That's what happens when you're a Scouser paying London pint prices," he wrote, using slang for someone from the Liverpool region.

Internet users gave him a collective pat on the back.

This guys showing that no matter what you'll never get in the way of an Englishman and his pint #LondonAttacks pic.twitter.com/Q4i5lnkOVw

"People fleeing #LondonBridge but the bloke on the right isn't spilling a drop. God Bless the Brits!" said a user called Howard Mannella.

And @Thismfsmh tweeted, "If beer is left behind, the terrorists win. #NeverSurrender."