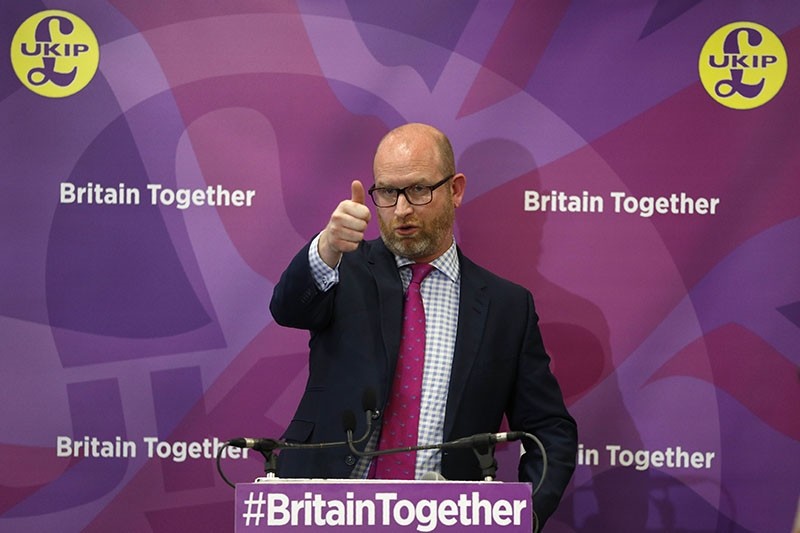 UKIP leader Paul Nuttall speaks during a campaign event at Westminster in London on June 6, 2017, ahead of the upcoming general election. (AFP Photo)
by Daily Sabah Jun 09, 2017 12:00 am

Anti-European Union U.K. Independence Party leader Paul Nuttall resigned as the party, the main proponent of Brexit, failed to gain a single seat at the House of Commons and lost voter support in Thursday's elections.

Nuttall resigned with immediate effect Friday as leader of the UKIP.

UKIP spearheaded the push for Brexit and Nuttall insisted that the party would still remain influential as Britain heads into divorce talks with the EU.

Paul Nuttall said it was clear that UKIP needed "a new focus and new ideas."

UKIP, which is strongly anti-immigration, had enjoyed a surge in support in the 2015 general election. But on Thursday the party lost its only seat in Parliament, and Nuttall came third behind the Conservatives and Labour in his constituency.