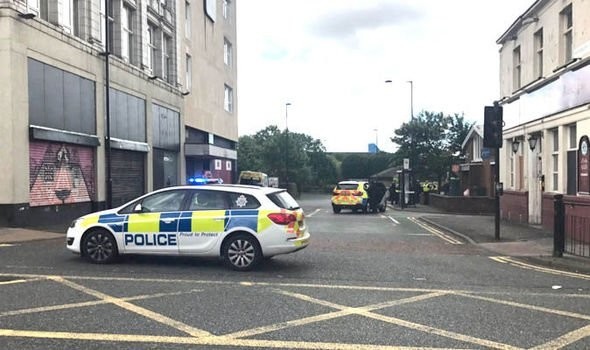 A man armed with a knife at a job center in northeast England's Newcastle has released all of his hostages, Northumbria police said Friday.

Officers were called to Clifford Street in Byker at around 8:00 a.m. after reports of a disturbance, according to police statements. The man had taken several members of staff at the job center hostage, holding them in the building for approximately two and a half hours.

Nearby buildings were evacuated and one metro station was closed down as a precaution, with specialist negotiators dispatched to the scene.

The police have not connected the hostage taking with any other incidents, stating, "It is believed the man responsible is known to the job center and this is being treated as an isolated incident at this stage."

No one was hurt in the episode, and police said, "We are currently dealing with the incident but there are no reports of any injuries at this time."

"It is believed that all the hostages have been released and that the man concerned is the only person who remains in the building," the police added.