8 injured after car ploughs into pedestrians outside Amsterdam train station 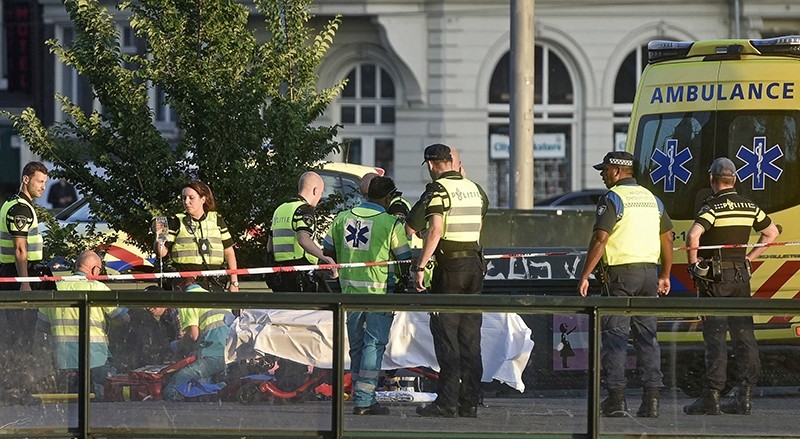 A driver injured eight people with his car outside Amsterdam's main train station on Saturday, with two being taken to hospital, police said.

Dutch police said the car had been parked or idled on the square in front of the main station, which is blocked for traffic. As officers attempted to approach the driver, he apparently hit the gas pedal and his vehicle moved into the crowd.

Dutch media reported that the vehicle hit a wall.

The driver was provisionally taken into custody and is to undergo a medical examination.

Amsterdam police said there was 'no indication whatsoever' that the car incident is a terror attack, without providing further details.

The main station was not evacuated and the scene of the incident was partially closed off.