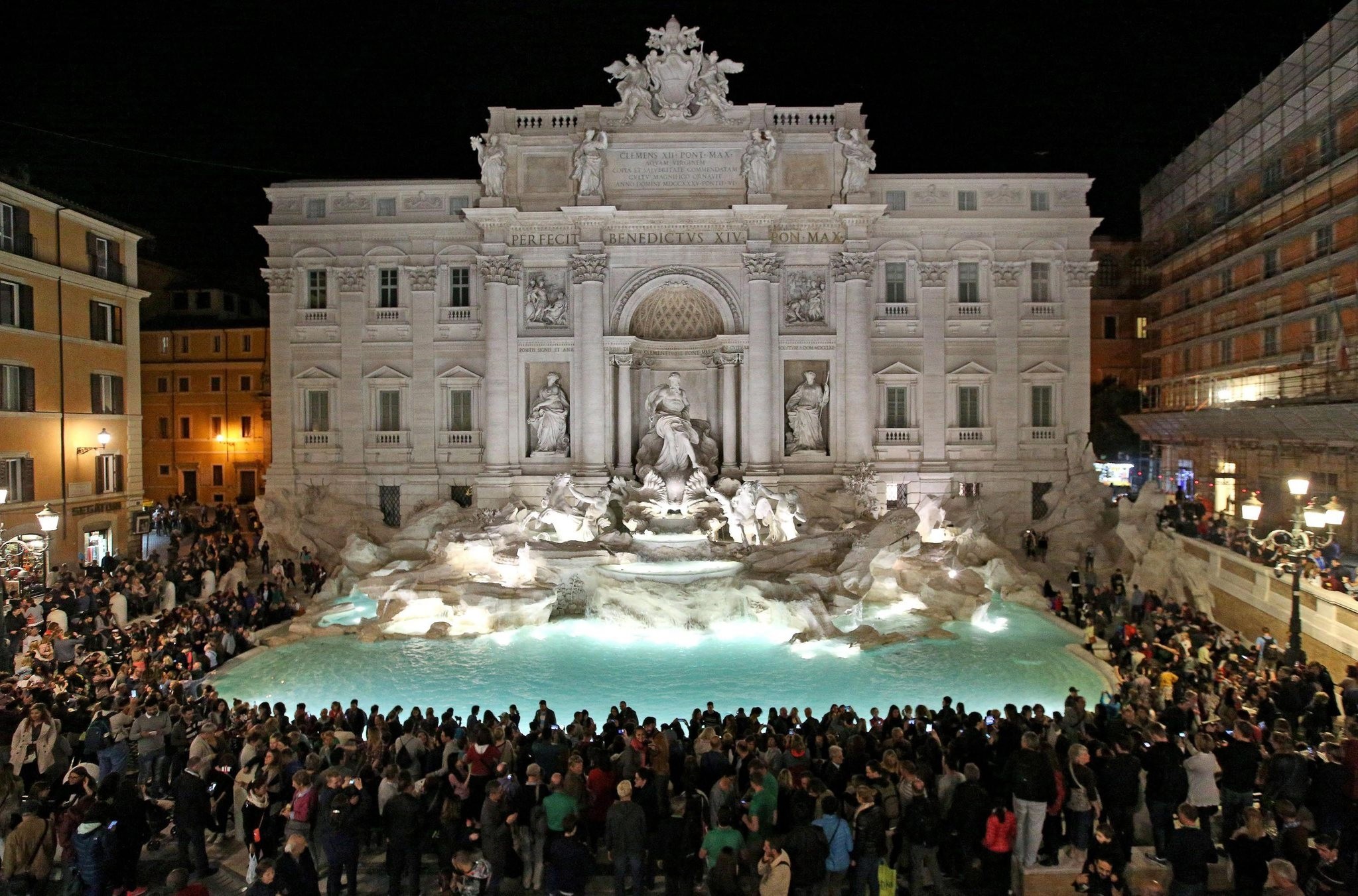 When in Rome, don't take a dip in the monumental fountains.

Or sit or climb on them. Best not to eat or drink on them either. And don't wash yourself, your clothes or your pet and avoid throwing any objects into them — except coins in the traditional gesture meant to ensure you'll return.

City Hall on Monday announced that Mayor Virginia Raggi has signed an order aimed at protecting some 40 fountains of historic or artistic interest, some of which have been vandalized or soiled over the years.

"Everyone must respect Rome's beauty," said Raggi, who is part of the 5-Star Movement, a populist political force.

Beside the fines, which start at 40 euros ($45) and rise to 240 euros, "most importantly, Rome's (municipal) police have been tasked with monitoring these sites with ever more scrutiny," the mayor said, in a videotaped comment.

"We have to protect our city, decorum is important."

In 2015, Dutch soccer fans damaged the 17th-century Barcaccia fountain at the foot of the Spanish Steps and littered its waters with broken beer bottles.

This spring, a man swam naked in the Trevi Fountain.

Tourists, foreign and Italian, had mixed reactions to the news of the crackdown.

Standing on the Spanish Steps, Diana Cavicchia, a tourist from Sydney, Australia, mused about what she said were pros and cons.

"I think it's a great thing that we're preserving a historical site. Not being able to consume food and drink here keeps it clean," Cavicchia said.

But she that it's "sad also, because it's a lovely place for a family to come and sit down and enjoy lunch or a drink in such a beautiful spot."

Perched on the edge of a fountain in the historic market square Campo de' Fiori, and with a cup of beer in one hand, Emanuele Bozec, from Naples, said he disagreed with the mayor's initiative.

"The city must also be lived like this, in a way that might seem working-class," Bozec said.

Cleaning and repairing of dirtied or vandalized fountains chips away at Italy's chronically short government funds to care for monuments.