At least 1 injured after shooting at Munich subway station 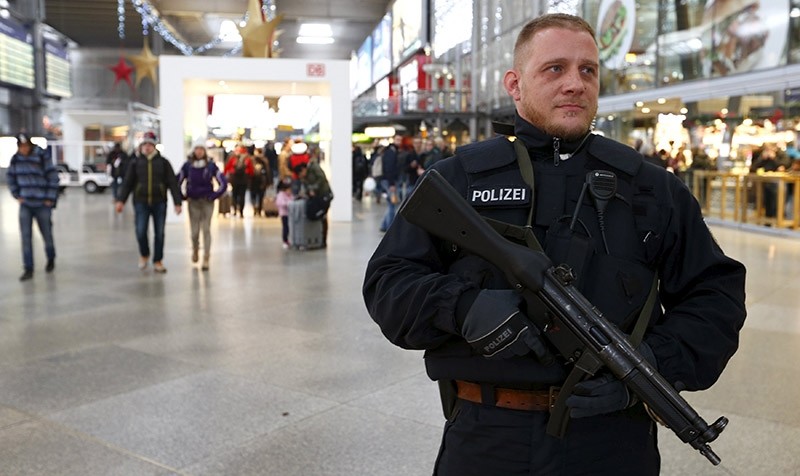 A German policeman patrols the main train station in Munich (Reuters File Photo)
by Compiled from Wire Services Jun 13, 2017 12:00 am

German police say shots have been fired at a subway station in a suburb of Munich.

Munich police spokesman Michael Riehlein told The Associated Press that the incident occurred Tuesday morning when police were carrying out a check at the Unterfoehring subway station.

Mass circulation newspaper Bild reported that one police officer was injured on the platform of Unterfoehring train station after one of the suspects pulled out a gun when asked for identification.

The newspaper added that the suspects had been detained and that the train station Unterfoehring - a north-eastern suburb of the Bavarian capital - had been evacuated.

German police ruled out any political or religious motive in the shooting, saying the attacker acted out of "personal" reasons.