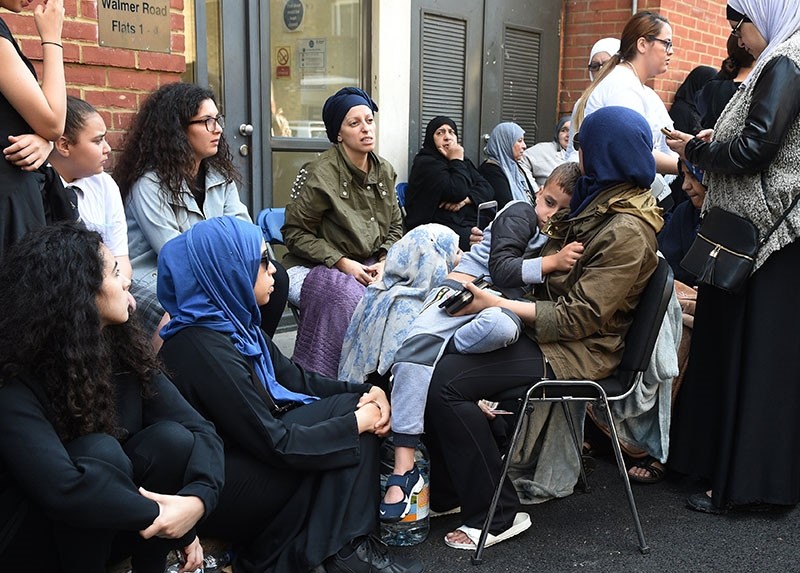 Residents of the west London neighborhood where a 27-storey apartment building caught fire have said that Muslims who were awake for the sahur morning Ramadan meal may have saved many lives.

The fire broke early Wednesday morning, when most of the city was asleep. Local resident Andre Barroso told The Independent, "Muslims played a big part in getting a lot of people out. Most of the people I could see were Muslim. They have also been providing food and clothes."

Sahur is the morning meal for Muslims during Ramadan that prepares the body for the hours of fasting between sunrise and sundown.

Residents of the 40-year-old apartment building in north Kensington claimed that the fire alarms were not working, giving them no warning of the blaze that spread from the second floor to the 27th.

A residents' group had previously raised concerns that the building's only fire exit was blocked during renovation works on the building.

Sprinklers in the building were reportedly not functional, and signs inside the building told residents to stay in their flats in the event of fire.

Local resident Nadia Yousouf also told BuzzFeed that Muslims were the first to spot the fire, saying, "They saw it just after they woke up to eat."

Mosques, churches, and Sikh temples have all played a role in helping victims of the fire.

Sikh resident Harjinder Kukreja wrote on Twitter, "Sikh Gurudwaras in London have started collecting and distributing spare clothes, toys, toiletries for Grenfell Tower evacuees. The evacuees only have what they're wearing. We need to support them with spare necessities."

Many in the area have donated clothes, food, and water to relieve the suffering of those affected.

The nearby St. Clements Church has become a temporary shelter for victims of the fire, and a mosque on Latimer Road also tweeted that its doors were open to those in need.