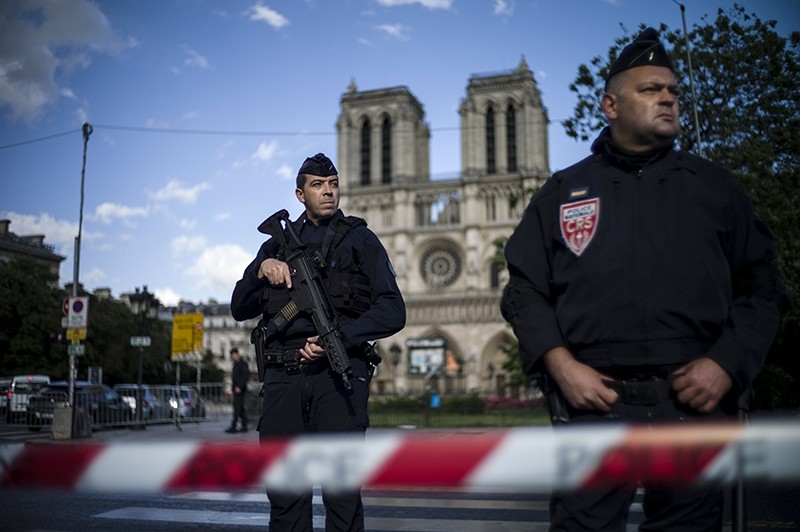 French police officers stand guard outside of the Notre Dame cathedral after a man attacked a police officer with a hammer, in Paris, France, 06 June 2017 (EPA Photo)
by Compiled from Wire Services Jun 15, 2017 12:00 am

Some 718 were arrested on offenses relating to Daesh terror last year as opposed to 395 in 2014, while terrorist attacks dropped from 17 in 2014 to 13 last year -- of which six were linked to the Daesh terrorist group, Europol said in a new report.

The biggest threat was said to come from lone attackers returning from countries such as Syria, Europol said.

Groups like Daesh were very successful online and had made "optimal" use of social networks for propaganda and recruiting, the report said.

Some 142 terrorist attacks had been registered in 2016 in Europe, the report said, adding that nationalist and separatist groups had been behind most of the attacks.