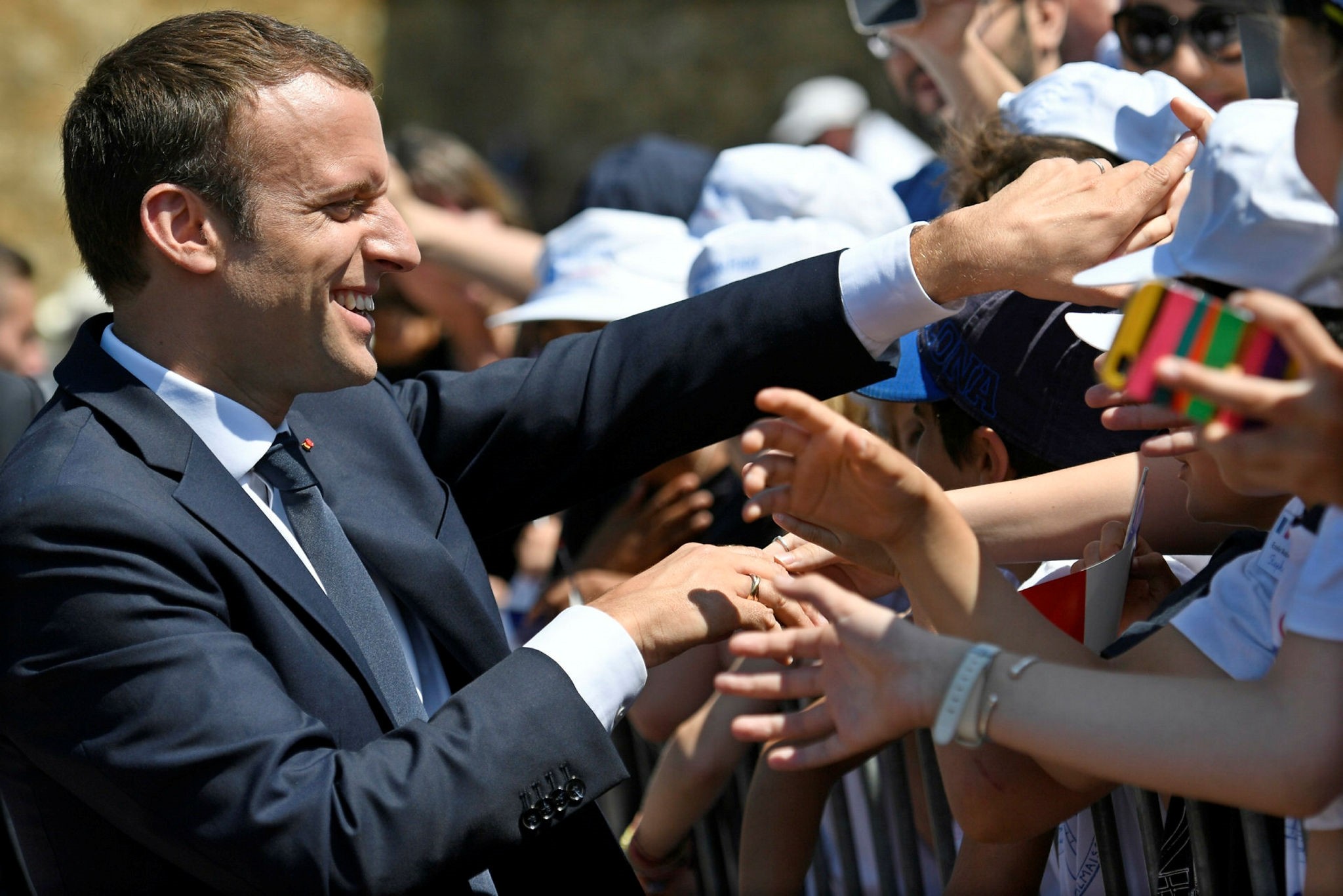 French President Emmanuel Macron shakes hands with people during the ceremony to mark the 77th anniversary of General Charles de Gaulle's appeal of 18 June 1940, at the Mont Valerien memorial in Suresnes, near Paris, France, (EPA Photo)
by Daily Sabah with Wires Jun 18, 2017 12:00 am

As the preliminary results show, the party has gained a large majority in the assembly.

Pollsters project that Macron's party and its allies won a clear majority in the National Assembly, the powerful lower house.

Many candidates in his party joined only after Macron won the presidency in May.