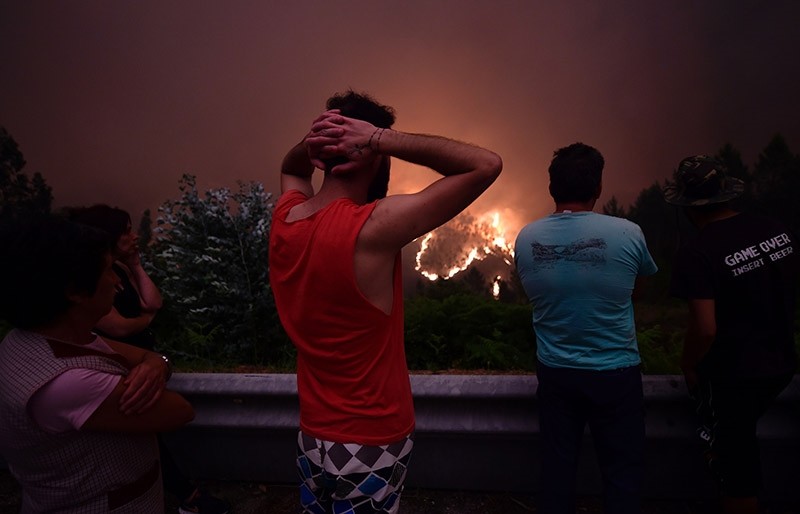 More than 1,500 firefighters in Portugal are still battling to control major wildfires in the central region of the country, where one blaze killed 62 people.

Reinforcements are due to arrive Monday, including more water-dropping planes from Spain, France and Italy as part of a European Union cooperation program.

Portugal is observing three days of national mourning after 62 people were killed in a wildfire Saturday night around the town of Pedrogao Grande, which is by far the deadliest on record.

"The fire has reached a level of human tragedy that we have never known before," said a visibly moved Prime Minister Antonio Costa.

President Marcelo Rebelo went to the Leiria region to meet victims' families, saying he was "sharing their pain in the name of all the Portuguese people".

Portugal awaits foreign help to fight wildfires that killed 62, as images of burnt cars with victims in them emerge https://t.co/jOQjUTdMKF pic.twitter.com/hBFevzZPze

Just over 1,000 firefighters are still attending that blaze about 150 kilometers (90 miles) north of Lisbon.

Scorching weather, with temperatures surpassing 40 degrees Celsius (104 Fahrenheit), as well as strong winds and dry woodland after weeks with little rain are fueling the blazes.

The fire broke out Saturday just before 3:00 pm (1400 GMT). Fanned by violent winds, flames spread rapidly across the pine and Eucalyptus tree-covered hills between the villages of Pedrogao Grande, Figueiro dos Vinhos and Castanheira de Pera.

Several villages were hit and people were evacuated. Some victims were discovered in homes in isolated regions.

But many victims died on the road, trapped in their cars by the blaze. At least 18 people died on the N-236, a road linking Figueiro dos Vinhos to Castanheira de Pera, according to Secretary of State for the Interior Jorge Gomes.

Sunday evening the death toll stood at 62 with 62 injured, including eight firemen. Five of the injured were in critical condition (four firemen and a child).

Authorities say other victims could be found as searches continue.