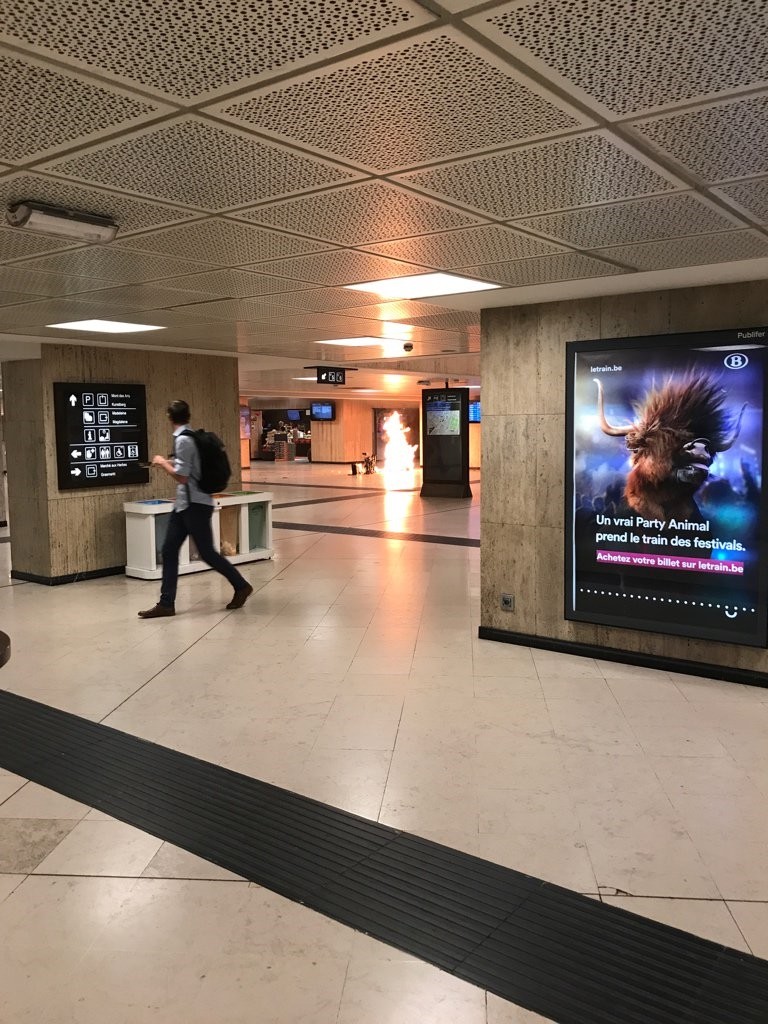 Soldiers shot a suspect in the heart of Brussels after a small explosion at a busy train station Tuesday night continued a week of extremist attacks in the capitals of Europe.

A bomb squad performed a controlled explosion of a bomb belt the suspect had at the Central Station and established a wide perimeter near the city's famed Grand Place square while checking to see if there more hazards, VTM network reported.

It appeared no one else was injured besides the suspect and the damage from the explosion was limited, Brussels prosecutor's office spokeswoman Ine Van Wymersch told VRT. It was not clear if the suspect survived.

Federal prosecutor Eric Van der Sypt said authorities are treating the incident "as a terrorist attack" that was foiled when the suspect was "neutralized."

"We do not know if the man is still alive or that he is dead," Van der Sypt added.

Nicolas Van Herreweghen, who works for Belgium's national rail company, said the male suspect was very agitated, yelling about jihadists and then "Allahu akbar," Arabic for "God is great," before blowing up something on a baggage trolley.

The government agency that owns Belgium's railways was warned by a train driver who saw people running across the rail lines inside the station, spokesman Arnaud Reymann told broadcaster RTL.

National newspaper La Libre Belgique quoted the prosecutor's office as saying the suspect was wearing a backpack and an explosive belt. The information could not be immediately confirmed. Photos posted on social media showed a small fire in the station.

Brussels police said via Twitter that there was "an incident with an individual at the station. The situation is under control." They asked the public to follow police instructions.

The center that monitors security threats in Belgium says the available information so far doesn't yet merit going to the highest possible terror alert level.

The Central Station is one of the busiest in the nation and soldiers could be seen patrolling there after the explosion. It was evacuated along with the Belgian capital's Grand Place, a major tourist site about 200 meters (656 feet) away.

Rail company spokeswoman Elisa Roux said Tuesday evening that trains were diverted from the station and buses sent out to take passengers to the area.

Belgium has been on high alert since Daesh-linked suicide bombers killed 32 people on the Brussels subway and at an airport on March 22, 2016.

There have also been incidents involving extremists in Paris and London in recent days, including the attack by a van driver who tried to run down worshippers outside a London mosque.