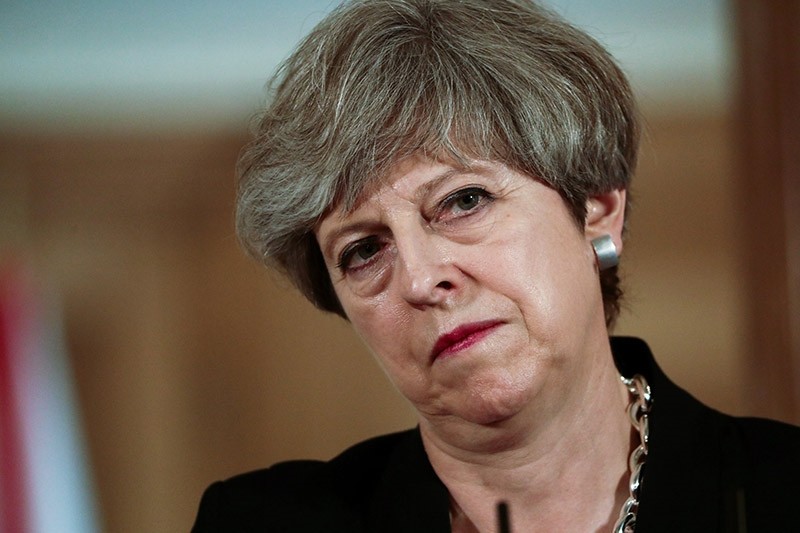 British Prime Minister Theresa May on Wednesday apologized for the official response to a devastating fire in a London tower block that killed at least 79 people, saying it was "not good enough".

"That was a failure of the state, local and national, to help people when they needed it most. As prime minister I apologize for that failure," she told parliament.

She said initial support for local residents, "when they needed it most" was "not good enough."

Opposition Labour leader Jeremy Corbyn told parliament that "every single one of those deaths could have been avoided" at Grenfell Tower.

May came under severe criticism for failing to meet survivors of the blaze in the local authority-owned Grenfell Tower in west London on her first visit to the scene.

Survivors also complained about a lack of co-ordination in the official response.

"The support on the ground for families in the initial hours was not good enough," May said.

The massive fire in the 24-storey tower in a working-class enclave of Kensington and Chelsea, Britain's richest borough, broke out last Wednesday and was only extinguished three days later.

The government on Wednesday announced that 68 flats had been bought for survivors in an upmarket housing development on plush Kensington High Street.

The government has promised to rehouse all the survivors either in their local borough or in neighbouring ones.

"The residents of Grenfell Tower have been through some of the most harrowing and traumatic experiences imaginable and it is our duty to support them," Communities Secretary Sajid Javid said.