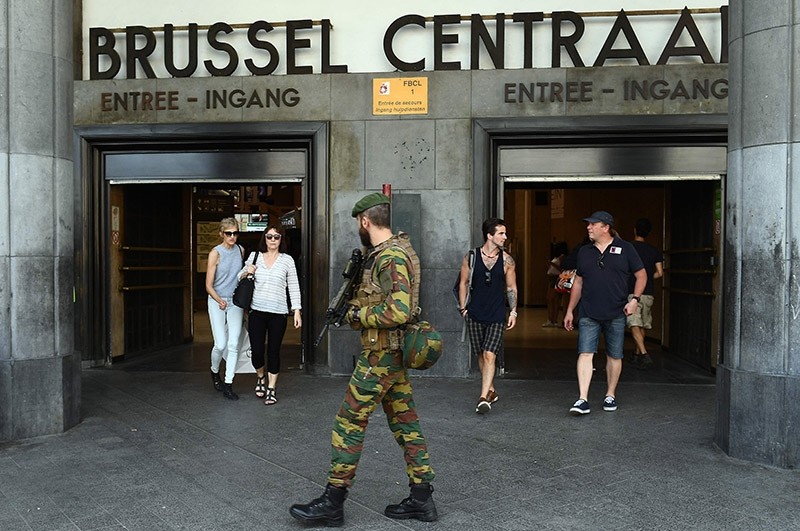 The 36-year-old Moroccan national identified only by the initials O.Z. was shot dead by a soldier at Brussels Central station on Tuesday after trying to detonate a nail bomb.

"The preliminary results of the search carried out in the residence of the suspect O.Z. in Sint-Jans-Molenbeek, showed that he probably made the bomb there," Belgian federal prosecutor's spokesman Eric Van Der Sypt said in a statement.

Molenbeek was the home and transit point for many of the suspects linked to attacks in Brussels and in Paris in November 2015.

"Both possible chemical substances and materials were found that could serve to make explosives," he said.

"There are also indications that the suspect had sympathies for the terrorist organization Daesh."

The largely immigrant Brussels district of Molenbeek has been linked to a series of terror plots including the 2015 Paris and 2016 Brussels attacks.

Belgian Prime Minister Charles Michel said that the shooting of a suspect at the Brussels Central train station "could have been potentially very dangerous."

He said there were more explosives that the suspect carried into the station than the small detonation that alerted the patrolling military to the man before they killed him.

Michel said more security measures would be put in place for large public events like the Coldplay concert at the King Baudouin stadium later Wednesday.