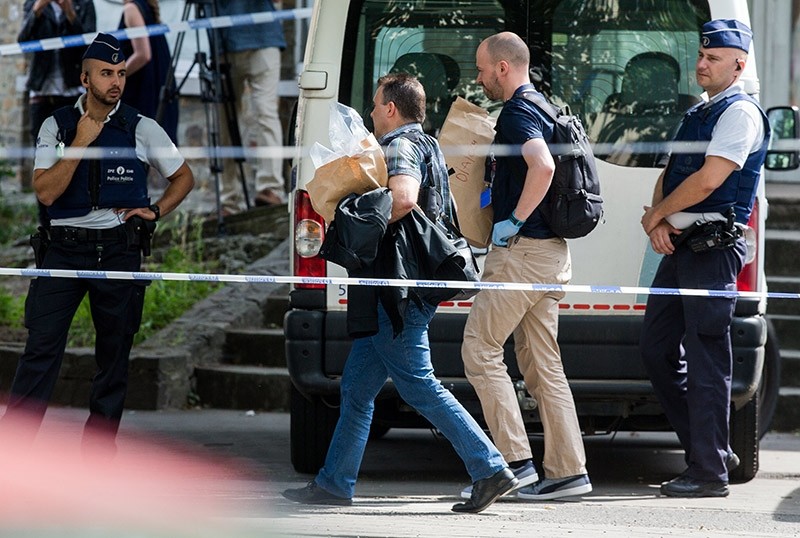 Belgian police and forensic experts carry evidence from a suspect's house on the Boulevard Mettewie, in Brussels, Belgium, 21 June 2017. (EPA Photo)
by Compiled from Wire Services Jun 22, 2017 12:00 am

Belgian authorities investigating Tuesday's attempted bomb attack on Brussels' Central Station said they had detained four people after a series of house searches in the Belgian capital late on Wednesday.

It didn't say whether anything had been seized in the raids, and declined to provide further details.

The judge will determine on Thursday whether to extend their detention.

The raids come after a man blew up a device Tuesday at Brussels Central Station that failed to fully detonate. He was then fatally shot by soldiers. No one else was hurt.

Belgium has been on high alert since suicide bombers killed 32 people at the Brussels airport and a subway station last year.