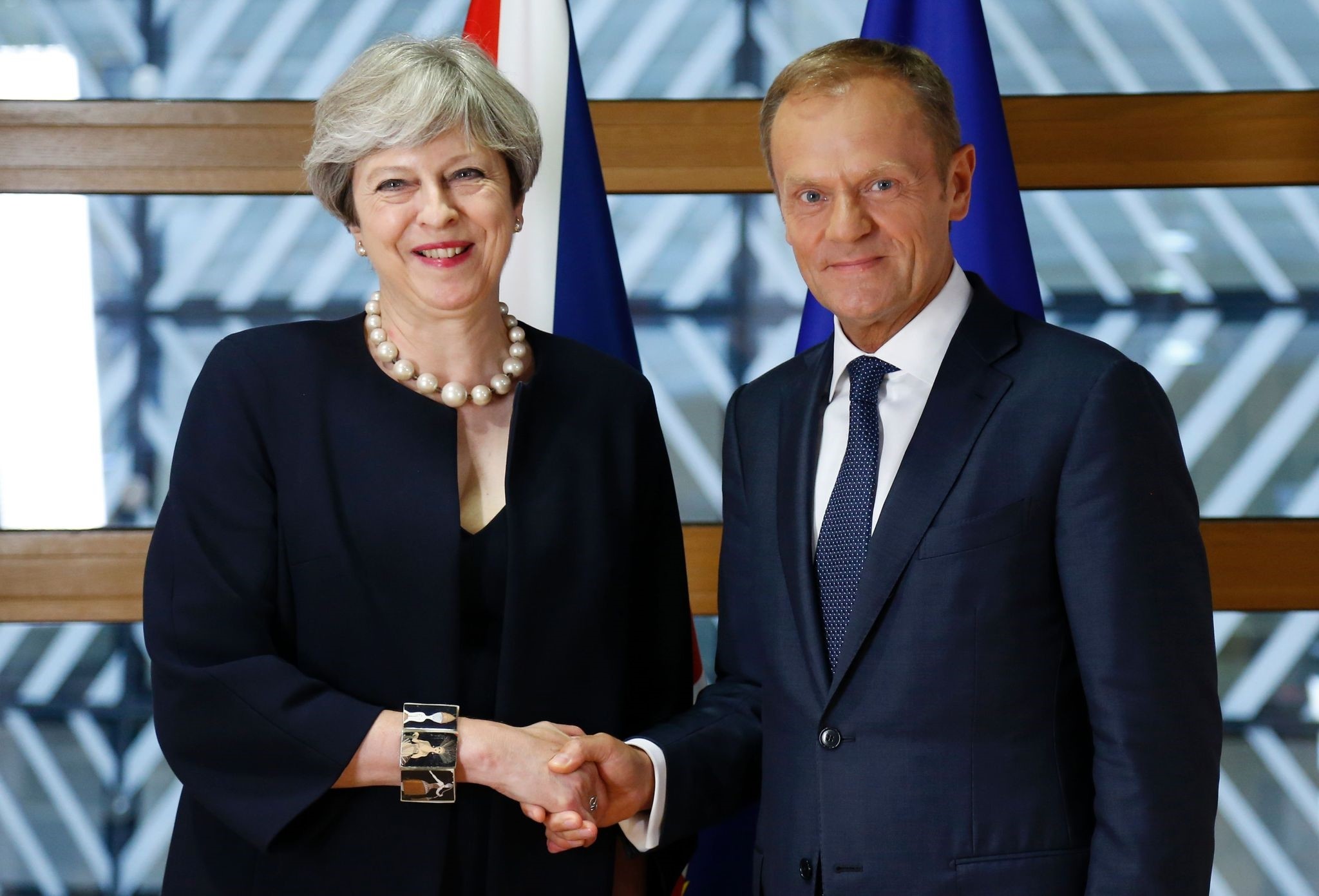 Since this month's election, many British voices have joined a debate on how or even if Brexit may happen; on Thursday, one EU executive added that of John Lennon, sparking a round of more and less musical replies.

Donald Tusk, the former Polish prime minister chairing a summit of EU leaders in Brussels attended by British Prime Minister Theresa May, spoke of the revival of discussion in Britain since May lost her parliamentary majority on June 8.

"We can hear different predictions, coming from different people, about the possible outcome of these negotiations: hard Brexit, soft Brexit or no deal," he told reporters, referring to talks on Brexit that began in Brussels this week.

"Some of my British friends have even asked me whether Brexit could be reversed, and whether I could imagine an outcome where the UK stays part of the EU. I told them that in fact the European Union was built on dreams that seemed impossible to achieve," he said, before turning to the late Beatle to clarify.

Asked later if it was not an "illusion" to imagine halting Brexit, the 60-year-old Pole insisted: "Politics without dreams would be a nightmare". Recalling his own past as a dissident who saw Soviet communism collapse, he told reporters: "Miracles do happen. Some of my political dreams have come true."

Several other leaders at the summit took up the theme of Lennon's 1971 hit about an end to war and national divisions.

"Yeah, we all have that dream. I hate Brexit from every angle," Dutch Prime Minister Mark Rutte said of stopping a move Britons voted for last year. "But this is a sovereign decision by the British people and I can't argue with democracy."

His Belgian neighbor Charles Michel was more cautious about even raising the prospect of Britain staying in the Union: "I am NOT a dreamer and I'm not the only one," Michel told reporters.

"It's time for action and certainty. Not for dreams and uncertainty," the Belgian premier tweeted in response to Tusk.

Many EU leaders assume Brexit is now inevitable and see talk of a U-turn, which would need EU consent, as a distraction.

Lithuanian President Dalia Grybauskaite joined in the pop lyrics fun by suggesting that even after Britain's "divorce", its European allies could still be counted on as friends.

Quoting a Motown classic where the singer tells an ex-lover "If you need me call me", Grybauskaite, a master of the pithy one-liner, tweeted: "#Brexit: ain't no mountain high enough."