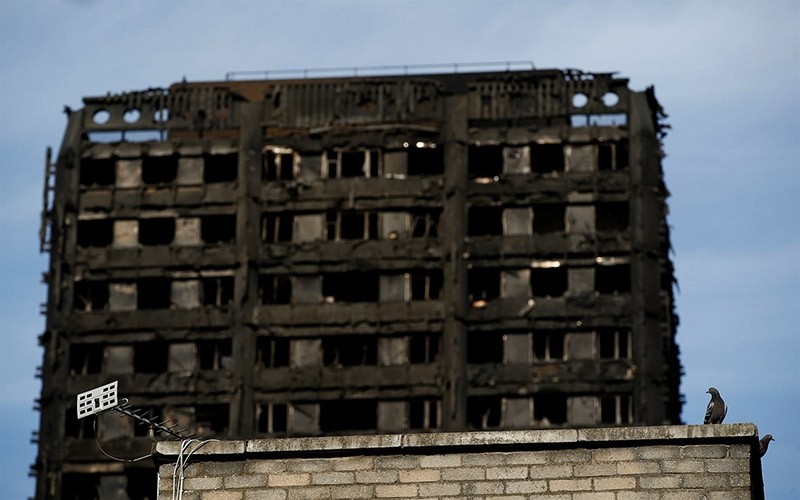 Tests have found more tower blocks with "combustible" external cladding similar to the material suspected of aiding the rapid spread of a devastating fire that killed at least 79 people last week, Prime Minister Theresa May said on Thursday.

"I know many others living in tall residential buildings will have concerns about their safety after what happened at Grenfell," May said in a statement to parliament, adding that lawmakers should "be careful on speculating what caused this fire."

She said the government had arranged to test cladding in similar tower blocks and ordered social housing landlords to carry out fire safety checks.

"Shortly before I came to the chamber, I was informed that a number of these tests have come back as 'combustible'," May said.

"The relevant local authorities and local fire services have been informed and, as I speak, they are taking all possible steps to ensure buildings are safe and to inform affected residents."

The company which installed the cladding said soon after the fire that its work "met all required building control, fire regulation and health and safety standards."

Experts, politicians and local residents have said however that repeated safety warnings over flammable external cladding and fire evacuation procedures at Grenfell Tower were ignored.

They said local authorities were slow to give information to families and friends of victims of the fire, and failed to coordinate help for hundreds of people who escaped from the 24-storey block.

May admitted on Wednesday that the initial response to the Grenfell Tower fire had been "a failure of the state, local and national, and I apologize for that failure."