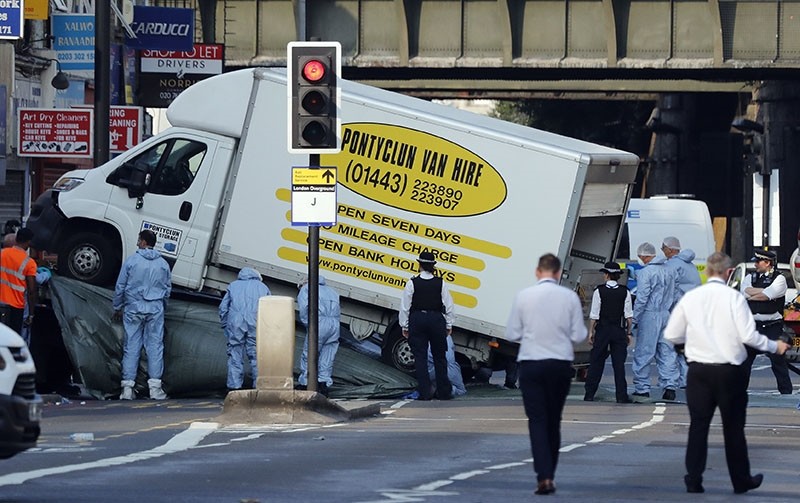 British authorities have charged 47-year-old Darren Osborne with terrorism-related murder and attempted murder in connection with the van attack on a crowd of Muslim worshippers near two north London mosques.

London police had linked the death of a 51-year-old man to the mosque attack, saying he died of "multiple injuries" after a van plowed into worshippers at a time the area was busy with people spilling out of mosques following Ramadan prayers.

Makram Ali was already receiving treatment for a medical problem when the attack occurred early Monday. Police have characterized the incident as a terrorist attack directed at Muslims. Eleven others were also injured.

Ali came to Britain from Bangladesh when he was 10. He was married with four daughters and two sons, and had two grandchildren.

His family has said they were "devastated" by his death. "Our father was a quiet, gentle man," they said in a statement.

Osborne, who had been living in Wales, was arrested on several counts, including the preparation or instigation of terrorism. His family said he had been "troubled" for a long time.

The attack has raised tensions in London, which had suffered three previous terrorist attacks in the last three months.

The attack was the fourth in Britain in three months, including the Manchester concert attack, killing a total of 36 people and injuring around 200.