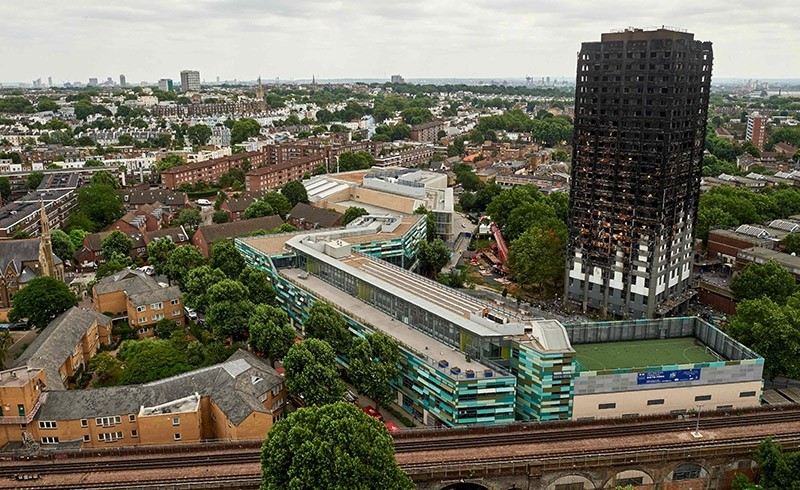 The unburned lower floors with untouched cladding still in place are pictured, with the burnt out upper floors above, at the remains of the Grenfell Tower block in north Kensington, west London on June 22, 2017. (AFP Photo)
by Compiled from Wire Services Jun 23, 2017 12:00 am

The fire started in a Hotpoint fridge freezer and cladding on the building failed all safety tests, McCormack said.

The Hotpoint model, FF175BP, was not subject to recall and the manufacturer was doing further tests, she added.

"We now have expert evidence that the fire was not started deliberately," McCormack said.

Both external cladding panels and insulating material used on the tower had failed safety tests, McCormack said, and the insulation was the more flammable of the two.

Police will determine whether the use of the two materials was illegal, she said.

The blaze, Britain's worst since World War Two, has heaped pressure on Prime Minister Theresa May, already fighting for her political survival after her party lost its parliamentary majority in a snap election on June 8.

When speaking about the 79 people dead, presumed dead or missing, McCormack said: "I fear that there are more."