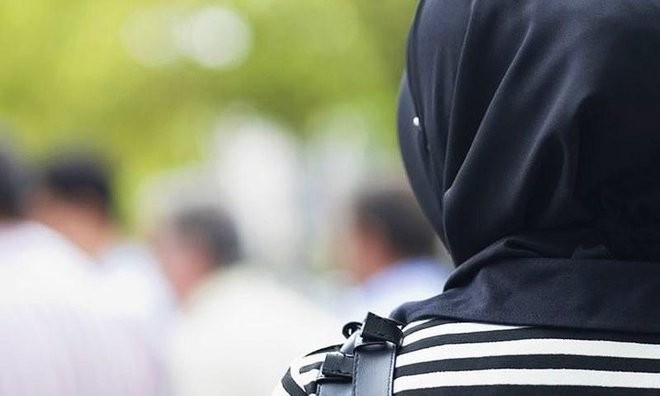 A woman in the U.K. is suing the estate agents where she formerly worked over remarks telling her to take off her black headscarf because of its "terrorist affiliations."

The woman was working as a housing sales negotiator for Harvey Dean estate agents in Bury, close to Manchester.

Almost a year after she started to work for the company, the woman moved from a back office to a role that involved face-to-face contact with customers.

According to the complaint filed at the Manchester Employment Tribunal, the managers then told the woman "that it would be in the best interest of the business for her to change the color of her hijab, due to the supposed terrorist affiliation with the color black."

The complaint stated that a colleague said that the community would "feel intimidated and scared if they saw the claimant."

The woman refused to change the color of her head covering. The manager then accused her of not working, although she was on her lunch break at the time, and then swore at her while telling her to leave the office.

Hearing nothing further from Harvey Dean for several days, the woman sent a letter of resignation.

The woman accuses the managers of creating an "intimidating, hostile, degrading, humiliating and offensive environment" that discriminated against her on the basis of her religion and gender.

The case will be reviewed at the Manchester Employment Tribunal on July20, and may result in Harvey Dean paying "aggravated damages" along with compensation for loss of earnings, holiday pay and legal fees.

The woman's lawyer says this is the first case of its kind in the UK since the European Court of Justice ruled that companies can only ban employees from wearing the Islamic headscarf as part of a ban on all religious and political symbols.

The complaint notes that the Harvey Dean staff handbook says that it "does not seek to inhibit individual choice as regards appearance," indicating that there was no policy covering all forms of religious or political expression.