Hundreds join first protests ahead of G20 summit in Hamburg 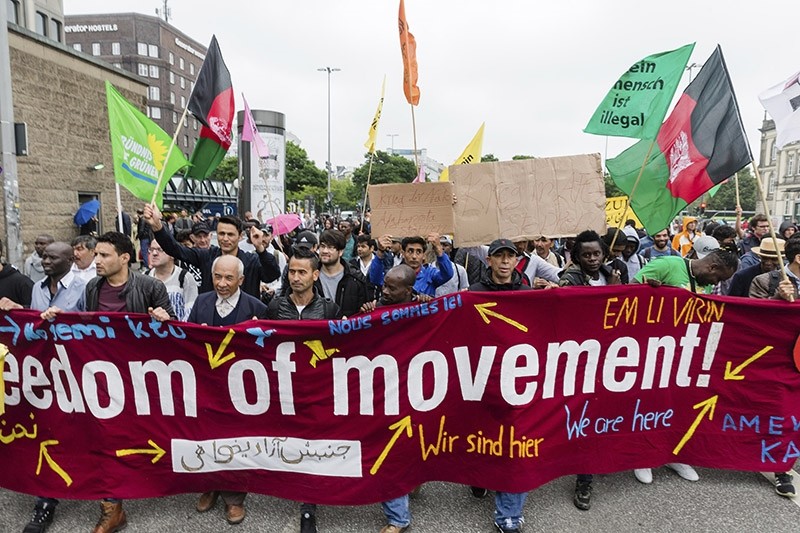 Demonstrators protest against the G20 states' refugee policies holding a banner with the inscription ,Freedom of movement!, in front of City Hall in Hamburg, Germany, Saturday, June 24, 2017. two weeks ahead of the summit. (AP Photo)
by Jun 24, 2017 12:00 am

Some 850 people took part in two demonstrations on Saturday in the northern German city of Hamburg ahead of a Group of 20 summit taking place there next month.

Some 650 people gathered at Hamburg's main train station to protest the deportation of failed asylum seekers, police said, with demonstrators holding banners reading "stop the deportations" and "no human is illegal."

The protesters included asylum seekers from countries including Sudan, Afghanistan, Syria and Eritrea.

Separately, some 200 people gathered in Hamburg's southern Harburg district outside a venue that the police has turned into a mass detention center in anticipation of the G20 protests.

Saturday's rallies marked the first protests against the G20 summit, which takes place on July 7 and 8.