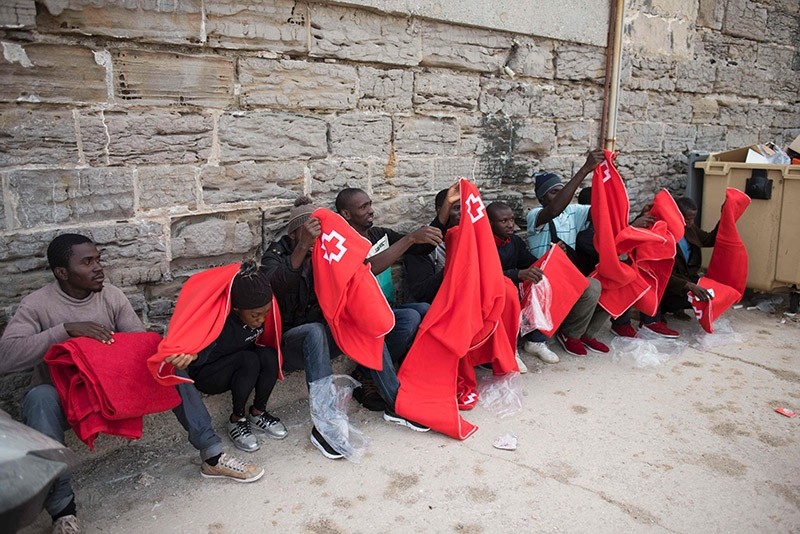 Would-be immigrants wrap themselves in Red Cross blankets as they rest after 143 Moroccans and 9 sub-Saharans were rescued in the waters of the Strait of Gibraltar in the port of Tarifa, on June 24, 2017. (AFP Photo)
by Compiled from Wire Services Jun 24, 2017 12:00 am

The rescue service said it reached two boats, carrying 66 and 77 migrants, in the Strait of Gibraltar overnight. A third boat with nine migrants was intercepted around daybreak Saturday in the same waters.

A few hours later, a Portuguese plane with the European Union Frontex border patrols spotted two more boats to the east, carrying 35 and 37 migrants each.

The rescue service said the migrants were from North and sub-Saharan Africa.

Tens of thousands of people cross the Mediterranean Sea each year, trying to reach Europe from North Africa, the vast majority in unreliable smugglers' boats.

Earlier this week, 414 migrants were rescued off Spain's Mediterranean coast.

Over 1,800 people have died in the Mediterranean so far this year.

Last year, 6,726 migrants were rescued as they tried to enter Spain by sea, according to the Spanish coastguard.