Cargo ship and tanker collide between France and UK 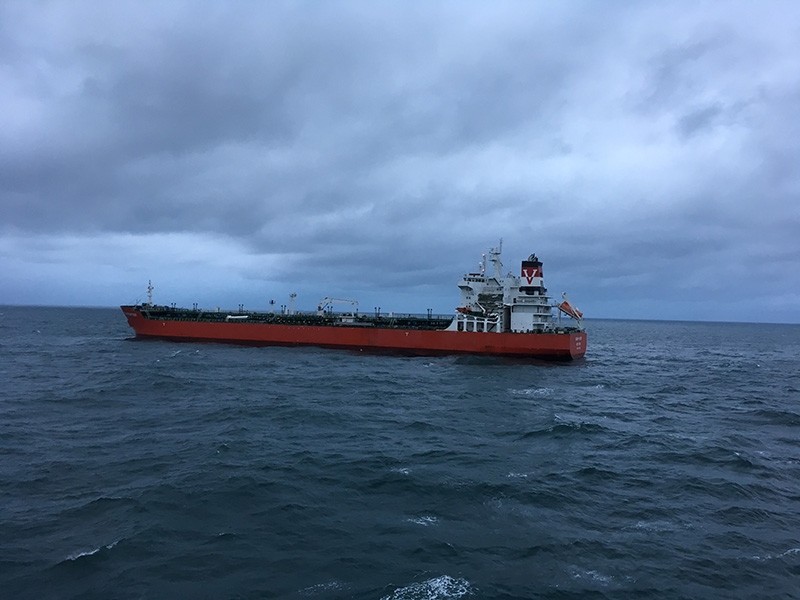 This handout picture taken and released by the French National Marine - Marine Nationale, on July 1, 2017 shows the damaged tanker Seafrontier following a collision with the cargo ship Huayan Endeavour in waters between France and Britain (AFP Photo)
by Compiled from Wire Services Jul 01, 2017 12:00 am

A tanker carrying 38,000 tons of petroleum products and a 220-metre (720-foot) cargo ship collided Saturday in the waters between France and Britain, French authorities said.

No one was injured in the crash between the boats and "no pollution has been detected at this stage", the authorities said.

"There are no injuries to report on either vessel. The Seafrontier is currently drifting but monitored and the Huayan Endeavour has indicated it can still navigate," the French maritime authorities said in a statement.

The Channel between Britain and France is one of the busiest shipping corridors in the world with about 500 vessels passing through per day.