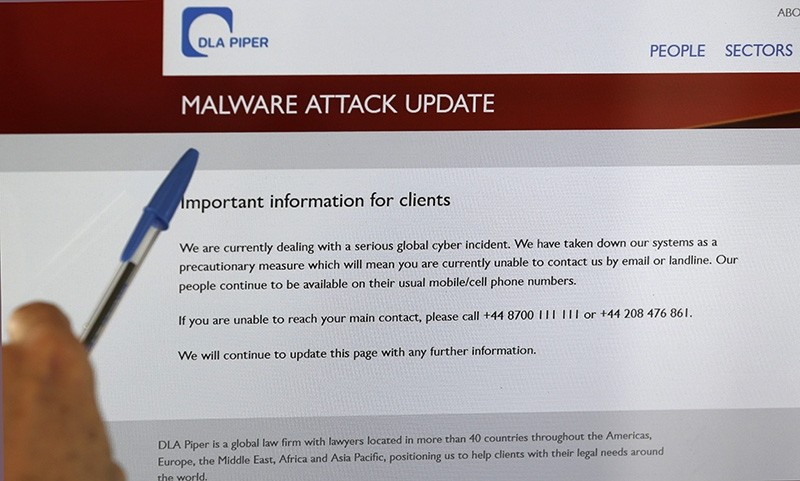 A screen displays the website of the global law firm DLA Piper showing a message about a malware attack (EPA Photo)
by Associated Press Jul 01, 2017 12:00 am

Ukraine is alleging the Russian security services were involved in launching a massive cyberattack that locked up computers across the world.

The Ukrainian security agency, known as the SBU, said in a statement Saturday that similarities between the malicious software and previous attacks on Ukrainian infrastructure shows the Russian intelligence services took part.

Ukraine was one of countries hardest hit by the attack that started Tuesday, when computers at government agencies, energy companies and cash machines were temporarily disabled as their data was encrypted amid demands for ransom payments.

Russian companies, including the state-owned oil giant Rosneft, also said they were hit by the attack.

Relations between Russia and Ukraine have collapsed since Moscow annexed Crimea in 2014 and began backing separatists fighting forces loyal to Kiev in eastern Ukraine.