Italian patience on immigration running out as migrant crisis grows 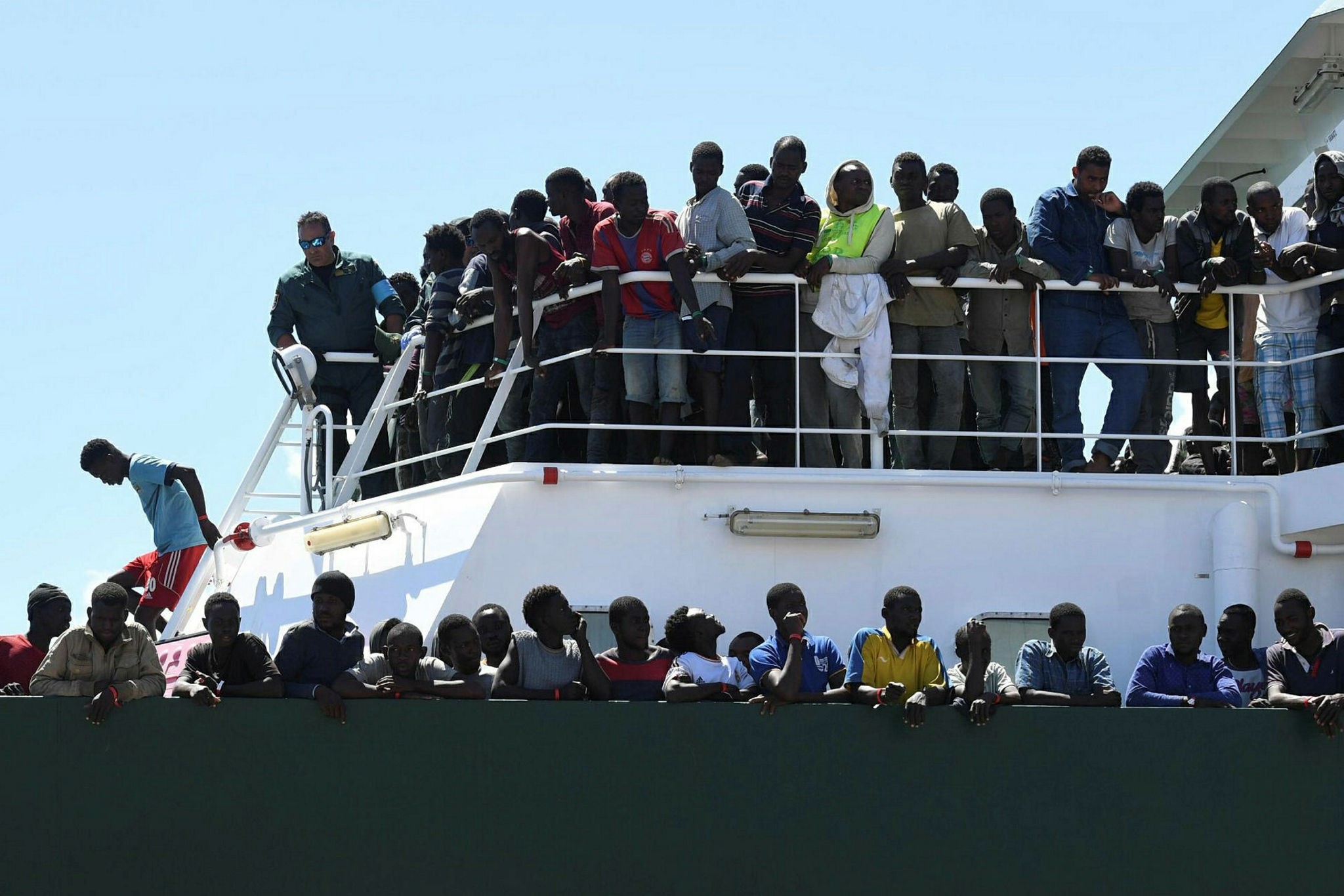 Migrants wait to disembark from the Spanish ship 'Rio Segura' in the harbor of Salerno, Italy, June 29.
by Angelos Berberakis Jul 03, 2017 12:00 am

Not only has the Italian government threatened to shut down its ports to immigrant boats from Libya, a prominent pro-EU figurehead, as well as an African Vatican Cardinal have called for the inflow to cease

The Italian Coast Guard has become an overburdened force, having dealt with tens of thousands of immigrants attempting to cross the Mediterranean Sea from Libya into Sicily and the Italian mainland in a seemingly never-ending and ever-growing wave.

According to official data, nearly 85,000 immigrants have been brought to Italian shores this year alone, a 19 percent increase compared to the same period of the previous year.

These numbers, however, could be greater, as a lot of self-proclaimed humanitarian organizations, with members from all over the European Union, as using private vessels to transport immigrants not only from halfway into their journey by Sea, but also by directly picking them on from Libyan shores and transporting them back to the nearest Schengen border, i.e. Italy.

It is these private ships that Italy is mainly aiming to obstruct with its threat of rejecting entrance to its ports.

After the Italian government's threat last Wednesday, Interior Minister Marco Minniti, said that although he's "pro-Europe," he would feel proud if at least one ship, instead of coming to Italy, would go to another European country. It would not solve Italy's problems, but it would be an extraordinary signal.

"If the only ports where asylum-seekers are taken are Italy's, something is not right."

Minniti also revived the call for stabilizing the fractured state of Libya, currently in a civil war between two major opponents, each supported by different world stage players such as the United States and Russia, as well as several smaller groups, most of whom are radical in nature and/or have links to terrorist groups such as Daesh.

The Italian Interior Minister's call for taking action on the source of the problem, such as Libya, has been echoed by the Roman-Catholic Cardinal Peter Turkson, the Vatican's highest ranking African prelate.

The Cardinal said that it's high time to "turn off the faucet," of African immigration into Europe, pointing out that "It is like water flowing from an open tap, it's not enough just to dry it, you have to turn off the faucet."

He then specified that the vast majority of the immigrants are not coming from war zones and that in his opinion, "we can change things in order to keep young people where they are."

This is not the first time religious figureheads are commenting on the ongoing immigration crisis, which has seen millions of unauthorized immigrant entries into the continent since 2015.

While the Vatican's Pope Francis has washed and kissed immigrants' feet in a show of solidarity, widely criticized as highly political in nature, and has called for Europe to take more in, the Dalai Lama has a surprisingly different opinion on the matter, saying that there are "too many" coming over.

"Europe, for example Germany, cannot become an Arab country," he had told the Frankfurter Allgemeine Zeitung a year ago. While he had praised Germany for offering to take in refugees, he said that "Germany is Germany. There are so many that in practice it becomes difficult. […] The goal should be that migrants return and help rebuild their countries. You have to be practical; it's impossible for everyone to come." He also added that "From a moral point of view, I think that refugees should only be admitted temporarily."