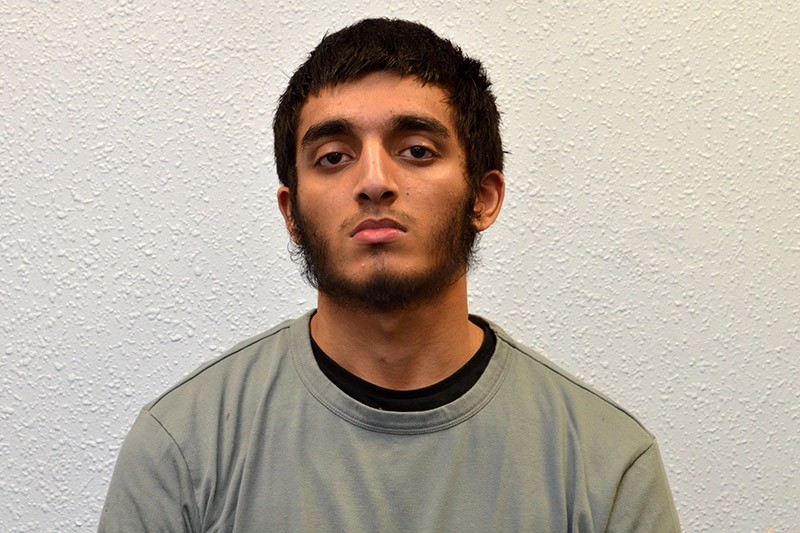 An undated handout picture received from the MPS in London on July 3, 2017 shows Haroon Ali Syed, a British teenage terrorist who was jailed for a minimum of 16 years for plotting a bomb attack at an Elton John concert in London. (AFP Photo)
by Compiled from Wire Services Jul 04, 2017 12:00 am

A British teenager was sentenced Monday to at least 16½ years in prison for plotting a bombing whose potential targets included an Elton John concert on the 15th anniversary of the Sept. 11 attacks.

Passing sentence at London's Central Criminal Court, judge Michael Topolski said 19-year-old Syed had been intent on "carrying out an act of mass murder in this country."

"Haroon Syed is clearly a danger to the public who was prepared to carry out indiscriminate attacks against innocent people," said Deb Walsh, deputy head of the Counter Terrorism Division.

Syed used the internet to try and get weapons to use in a possible attack, and used social media to contact people he believed were like-minded supporters of the Daesh terror group. In one message he wrote: "So after some damage with machine gun then do itishadi (martyrdom)... that's what im planning to do."

Prosecutors said he tried to buy weapons and explosives online from a terrorist named "Abu Yusuf," who was actually a series of British intelligence agents.

He applied for loans totaling 8,000 pounds ($10,362.40), which he said were for a motorbike, a wedding and home improvements, but prosecutors allege were to fund the attack. The loan requests were turned down.

Defense lawyers said Syed had been vulnerable to radicalization, especially after the arrest of his elder brother Nadir. Nadir Syed was sentenced last year to a minimum of 15 years in prison for plotting a Daesh terror group-inspired beheading to coincide with Remembrance Sunday war commemorations.

Britain has seen a rise in militant attacks in 2017, including a bombing in May at a concert by the U.S. pop singer Ariana Grande in Manchester that killed 22.