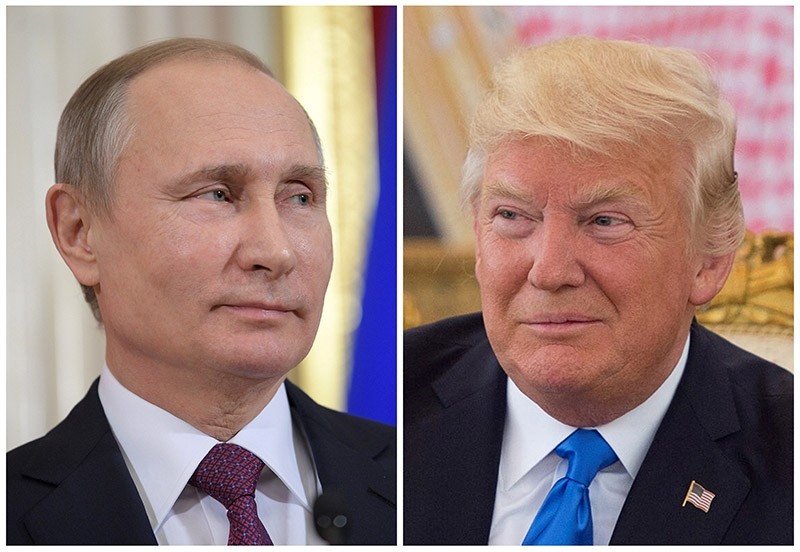 Russian President Vladimir Putin attends a news conference at the Kremlin in Moscow, Russia, on January 17, 2017 and U.S. President Donald Trump seen at a reception ceremony in Riyadh, Saudi Arabia, on May 20, 2017. (Reuters Photo)
by Compiled from Wire Services Jul 04, 2017 12:00 am

Russian President Vladimir Putin and his U.S. counterpart Donald Trump will have their much anticipated first meeting at the summit of the Group of 20 leading economies in the German city of Hamburg on Friday, the Kremlin has said.

"We have agreed on the 7th [of July]," Putin's foreign policy adviser, Yury Ushakov, said on Tuesday in comments carried by the Interfax news agency.

The much-hyped maiden encounter between the two leaders comes as Trump's camp is under intense scrutiny over any links to the Kremlin.

Ties between Washington and Moscow plunged to their lowest point since the Cold War after the Kremlin's seizure of Crimea from Ukraine in 2014.

Trump repeatedly pledged to work to improve ties with Russia during his presidential campaign, lavishing praise on strongman leader Putin.

But hopes have waned in Moscow of an imminent improvement in ties with the U.S., as accusations Putin ordered a hacking and influence campaign to get Trump elected have made any links to Moscow politically toxic for the White House.