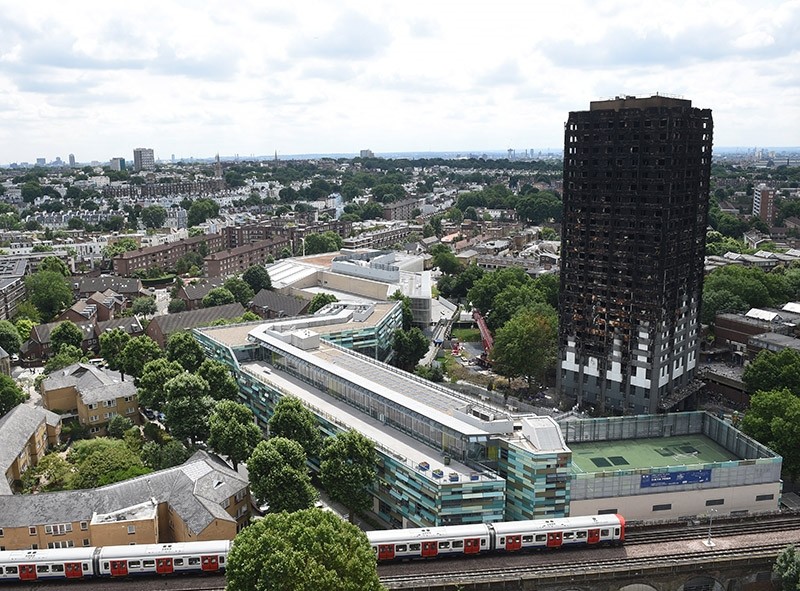 All "visible human remains" have been recovered from London's fire-gutted Grenfell Tower, but the "catastrophic" damage means months of grim work will be needed before the full death toll is known, British police said Wednesday.

Three weeks after a blaze tore through the high-rise apartment building, the Metropolitan Police force said 87 "recoveries" of human remains have been made, but may not be from 87 different people.

Police and forensic anthropologists plan to sift through 1.5 metric tons (17 tons) of debris on each of the building's 24 floors in search of more human remains, Commander Stuart Cundy, who is overseeing the police response to the disaster, said.

The meticulous task will take "many months," he said.

Police say 80 people are either dead or missing and presumed dead, but only 21 have been formally identified. Officers believe no one survived from 23 of the building's 129 apartments.

Cundy said specialists had "forensically recovered the last of the visible human remains from Grenfell Tower" and taken them to a mortuary.

"Until formal identification has been completed to the coroner's satisfaction, I cannot say how many people have now been recovered," he said.

Both the local government that owned Grenfell Tower and Britain's central government have struggled to respond to accusations that they were slow to grasp the magnitude of the June 14 tragedy — the country's deadliest fire in more than a century — and flat-footed in their response.

The British government said Wednesday that it is sending in outside experts to help oversee recovery efforts amid the strong criticism of the local council's work.

The government's move falls short of meeting demands by local residents and the mayor of London that the council be removed from running Kensington and Chelsea, London's wealthiest borough.

Kensington and Chelsea Council has faced anger for its slow response to the fire, as well as over alleged cost-cutting during the renovations that covered the tower in flammable aluminum cladding. The composition of the exterior panels helped fuel the fire's rapid spread.

Residents have complained about confusion and delays in getting assistance and finding new places to live.

Opposition politicians have demanded to know why most displaced residents still are staying in hotels or hostels despite the government's promise that all would be offered homes by Wednesday.

Housing Minister Alok Sharma said 139 families have been offered temporary homes and only 14 have accepted so far. Some survivors were still hospitalized and others were not yet ready to make decisions about their long-term future, Sharma said.

"We have to respect the pace at which the families want to move," he told lawmakers, adding that "one of the big issues holding people back is the lack of trust" in authorities.

"This is a tragedy that should never have happened," he said. "We are determined to do all that we can to make sure something like this never happens again."