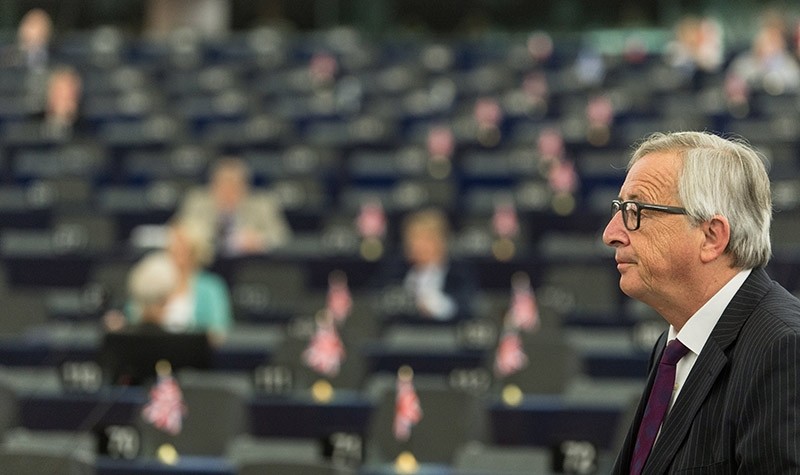 President of the European Commission Jean-Claude Juncker delivers his speech at the European Parliament in Strasbourg, France, 04 July 2017. (EPA Photo)
by Jul 05, 2017 12:00 am

Known for his sharp wit, Juncker was angry to find only a handful of MEPs present Tuesday at the assembly in Strasbourg to hear a report on Malta's just-completed EU presidency.

"I salute those who made the effort to turn up but the fact that only about 30 deputies are here for this debate clearly shows that parliament is not serious!" he said.

On Wednesday, Alexander Winterstein, one of his spokesmen, sought to explain.

"For Juncker, this debate is a very important point so he also thinks it's regrettable to see such an important moment pass in front of a parliament which is relatively empty," he said.

"The point he made yesterday, is that it appeared that there is a link between the size of the country and the number of deputies present."

Questioned about a meeting Juncker had with the parliament's President Antonio Tajani on Tuesday evening, the spokesman said Juncker had "regretted his choice of words".

But Juncker "reiterated his concern" about the low turnout, telling Tajani "the situation must improve," according to Winterstein.

Juncker "is a friend of the European Parliament. He was elected to the parliament four times. Sometimes friends tell each other truths which are sometimes not easy to hear," he added.