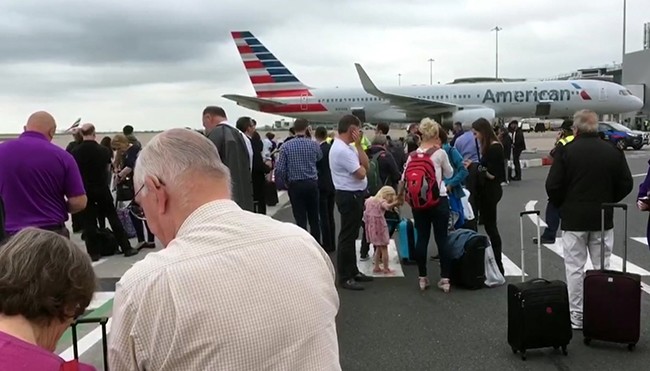 Manchester Airport's Terminal 3 is set to reopen after a police bomb team carried out a controlled explosion on a suspicious bag that led to the evacuation of passengers and staff.

One of three terminals at Britain's Manchester Airport was evacuated Wednesday while authorities investigated a suspicious bag.

The airport said it was conducting a "precautionary evacuation" of Terminal 3 "due to a potential issue with a bag."

Photos and video footage showed hundreds of people milling around outside the terminal.

Greater Manchester Police force said a bomb-disposal team was being sent to the scene.

The two other terminals at the northwest England airport remained open, and airplanes continued to take off and land after the evacuation.

The airport advised passengers due to fly from Terminal 3 to go to Terminal 1 instead.

Manchester's airport is the third largest in the U.K. and more than 22 million passengers go through it each year.