Dutch nationals with criminal records more likely to get a job than migrants: study 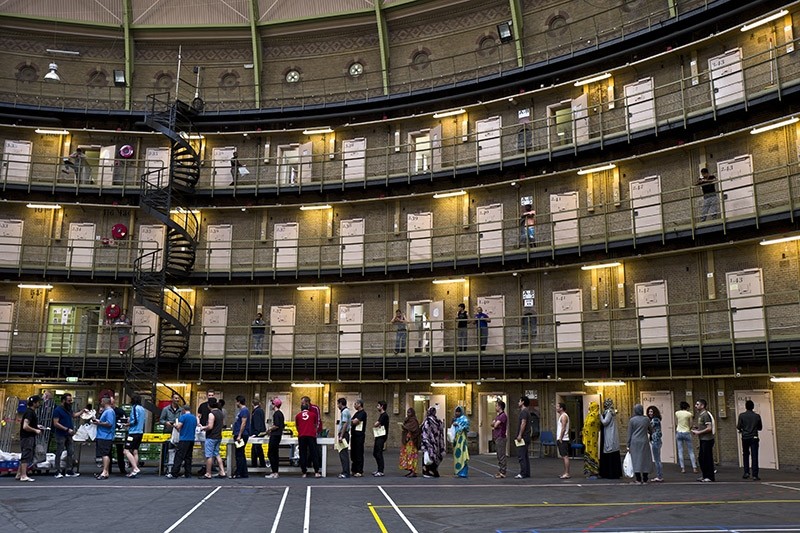 In this Wednesday, April 20, 2016 photo, refugees and migrants line up to receive their lunch at the former prison of De Koepel in Haarlem, Netherlands. (AP Photo)
by Daily Sabah Jul 06, 2017 12:00 am

Dutch nationals with a criminal record have a higher chance of getting a job in the Netherlands than migrants, a new study has revealed.

The results showed that the ethnicity of the applicants played a big role in hiring, as 28 percent of violent offenders received an invitation for a job interview, while only 9 percent of those with an immigration background were called back.

The resumes, which were all prepared with about the same content, systematically varied only in the types of crimes and migration background.

Violent crime, money crime and sex crime offenders were among the fictional ex-convicts used for the study.

People with criminal records are, in general, less likely to be invited for an interview than someone without a record, previous studies showed.

"But the differences did not turn out to be great, and the type of crime also hardly played a role," the researchers said.

Applicants with a non-Western background received significantly fewer invitations for interviews compared to Dutch nationals, regardless of criminal record.

"You must judge all people on who they are and what they can do, and not their origin. With that you don't only deny job seekers a fair chance at a job, but you also run the risk of losing talent. Good employers don't do that. They give not only Arrie, but also Ali a fair chance," he said.