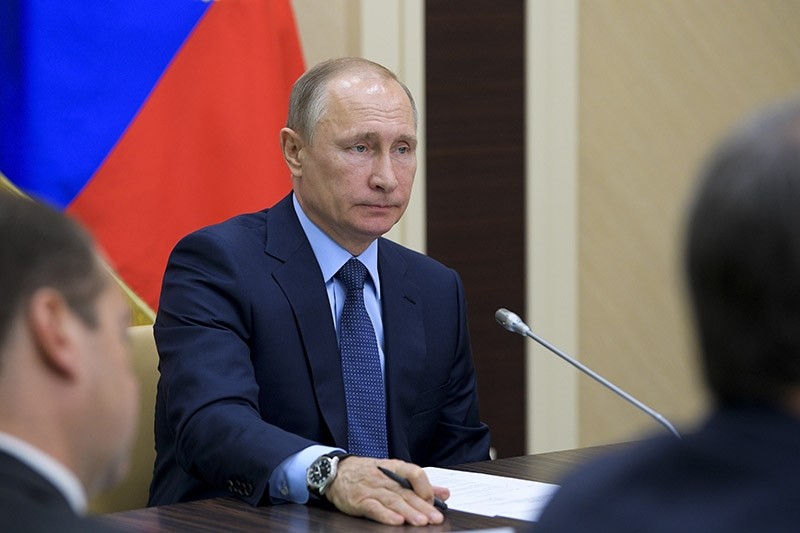 Russian President Vladimir Putin chairs a meeting of the Council for Strategic Development and Priority Projects in the Novo-Ogaryovo residence outside Moscow, Russia, Wednesday, July 5, 2017 (AP Photo)
by Jul 06, 2017 12:00 am

Russia is in favor of an open and rules-based trade order to boost global growth, and sanctions imposed against Moscow are a "covert form" of protectionism, President Vladimir Putin was quoted as saying on Thursday ahead of a G-20 summit in Germany.

"I'm convinced that only open trade relations based on uniform norms and standards can stimulate growth of the global economy and support a progressive development of intergovernmental relations," Putin wrote in a guest article published in German business daily Handelsblatt on Thursday.

Putin said that protectionism was becoming widespread and a behavioral norm. "And unilaterally imposed and politically motivated sanctions on investment, trade and, in particular, technology transfer become its covert form," Putin said.

"In our opinion, such sanctions not only have no perspective, but they also contradict the G20 principles for interacting in the interests of all countries of the world."