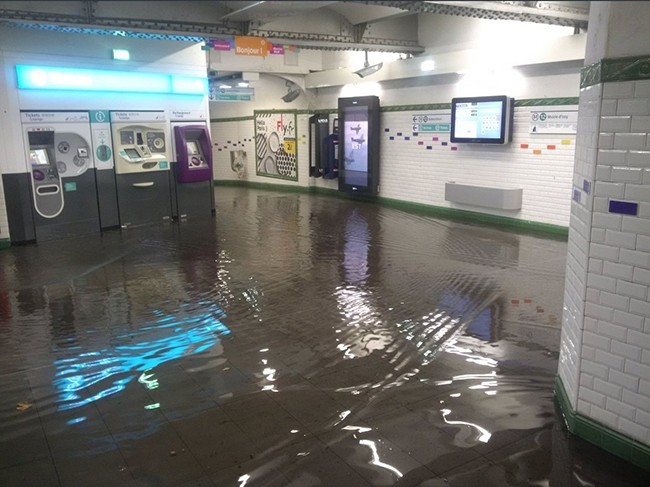 A record-breaking 4.9 centimetres (1.92 inches) fell in one hour, equivalent to three weeks' rainfall in an average July, the agency said.

The previous one-hour record for rainfall in Paris was set on July 2 1995, when 4.7 cms were recorded.

Sunday's downpour forced the closure of about 15 stations due to flooding, three of which remained shuttered early Monday, but traffic was otherwise normal, Paris transport authority, the RATP, said.

Meteo France said more than 10cms of rain fell in the space of a few hours in the central-western regions of Poitou, Berry and the northern Limousin.

It placed 12 departments, including those in the greater Paris region, on a 24-hour "orange alert" for heavy rains and electrical storms.

In June 2016, a three-day downpour led the river Seine in Paris to rise to its highest level in three decades.

Many of its tributaries broke their banks, leading to flooding and the evacuation of more than 20,000 people in northern France.

Scientists from France's Laboratory for Climate and Environment Sciences warned at the time that global warming was to blame for the increased intensity and frequency of such storms.