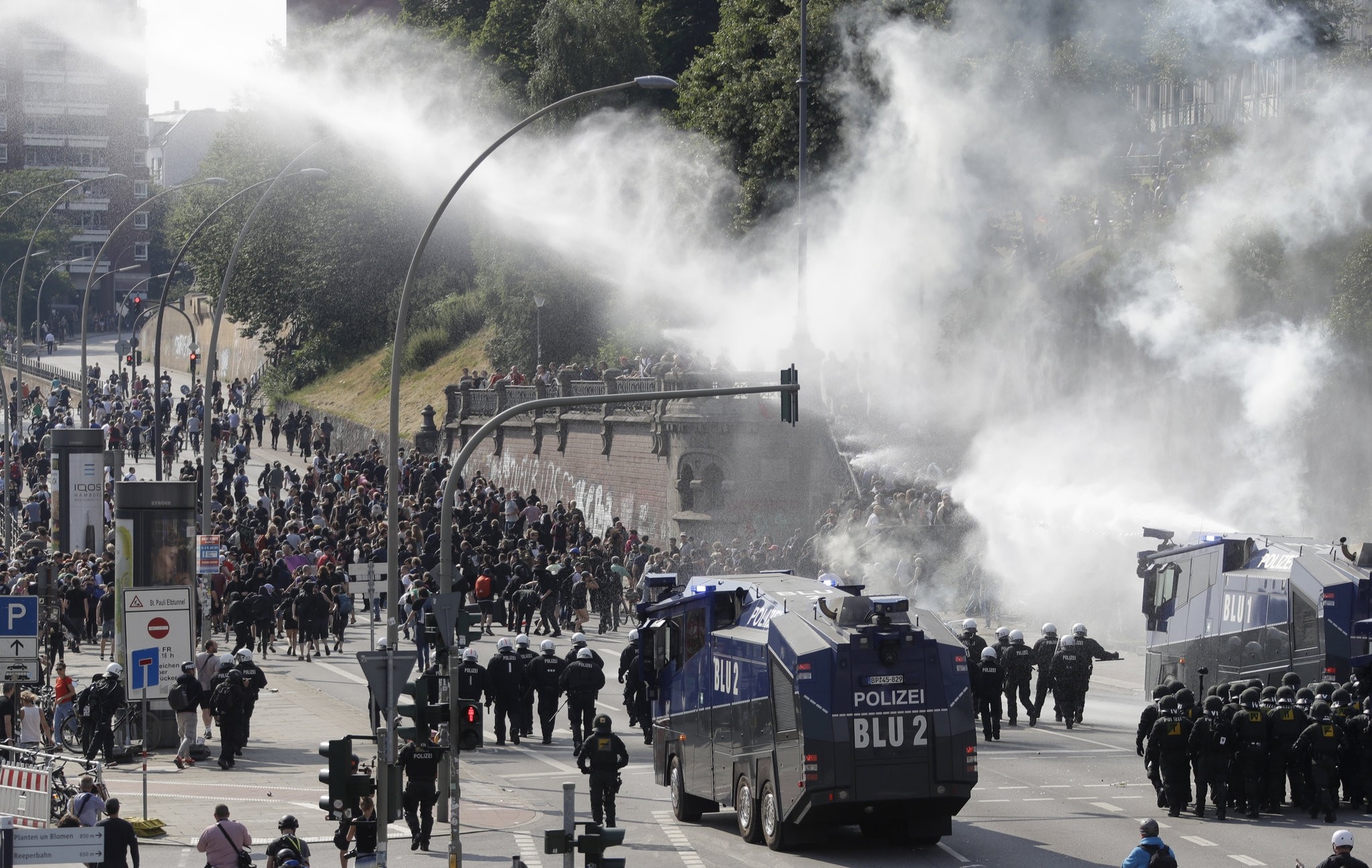 As tensions between the coalition partners build ahead of September 24 general elections, Gabriel accused Merkel's centre-right CDU and its CSU partners of "a hitherto unknown level of mendacity", speaking to the Funke newspaper group.

Hamburg CDU politicians "who are calling on (Scholz) to resign... must also demand the resignation of Angela Merkel," Gabriel charged, pointing out that it was she who had chosen Hamburg, her birth city, as the summit site.

Gabriel said that "in the election year 2017, Chancellor Angela Merkel wanted to use the G20 summit in her hometown of Hamburg to burnish her image with attractive pictures."

But the global summit that brought US President Donald Trump, Russia's Vladimir Putin, China's Xi Jinping and other leaders to the port city was disrupted by mass protests, sit-in blockades and fierce street clashes.

Hamburg's government has come under fire in particular over the chaos Friday night, when rioters throwing rocks from rooftops and setting up burning street barricades were in control of one district for several hours before police moved in.

Gabriel accused the "two-faced" CDU of "buck-passing" and added for good measure that the G20 summit was "a total failure" when it came to finding answers to "humanity's big questions", from wars and refugee flows to poverty.

"This current crusade of the CDU/CSU against the SPD could poison the political culture for many years," he said.

Merkel is ahead in opinion polls and seen to have good chances in her bid to win a fourth term against her SPD rival, former European parliament president Martin Schulz.