Man desperately searches for remains of family massacred in Srebrenica 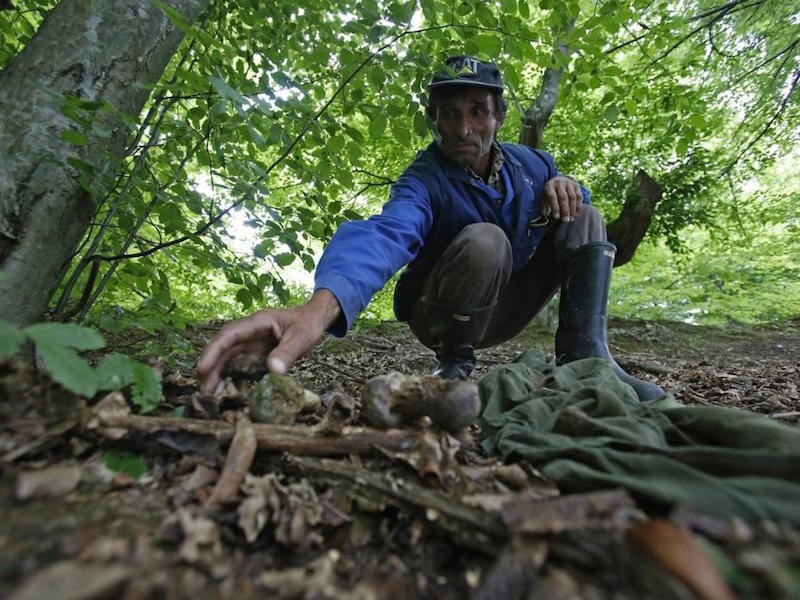 Every day Ramiz Nukic goes deep into forest in search for any closure over the deaths of his father and brother, who were slaughtered in Srebrenica during Europe's worst massacre since World War II.

Serbian troops led by General Ratko Mladić invaded the predominantly Muslim town of Srebrenica in July 1995 and slaughtered some 8,000 people, primarily men and boys, forcing 15,000 others to flee into the mountains. The remaining population of around 25,000 people sought protection from Dutch United Nations peacekeepers stationed at the suburb of Potočari.

As the massacre unfolded, Nukic was forced to say a quick goodbye to his family and then joined others fleeing into the forest along with his father and brother.

Approximately one thousand Srebrenica men were killed on the spot as the Serbs ambushed them along their escape route. Nukic hid in some fern bushes and managed to sneak away, later finding his wife and children waiting for him in a refugee camp. His father and brother did not survive the ambush.

Nukic returned to his empty village of Kamenice for the first time in 1999. He gathered the courage to head to the place where members of his family were killed. "When I saw those clothes and shoes scattered around the site, I went numb," he said.

Since that day, Nukic has ventured into the forest in hopes of finding pieces of evidence that would offer closure over the massacre that took his father and brother. Every day he has discovered bones that give other families some closure, but none belonging to his relatives.

Recently, during the excavation of a mass grave, the incomplete remains of Nukic's father have been found. "It feels good, although he is not complete. I will bury him, and I will know where his grave is," Nukic said.

"I feel bad when I don't find a bone. I'm happy when I do. Because one family will find closure," he added.

More than 7,000 bodies of victims have been found in 93 mass graves and surface sites throughout northeastern Bosnia and Herzegovina.
Last Update: Jul 11, 2017 4:23 pm
RELATED TOPICS