Vandalism at G20 summit leads to political chaos in Germany 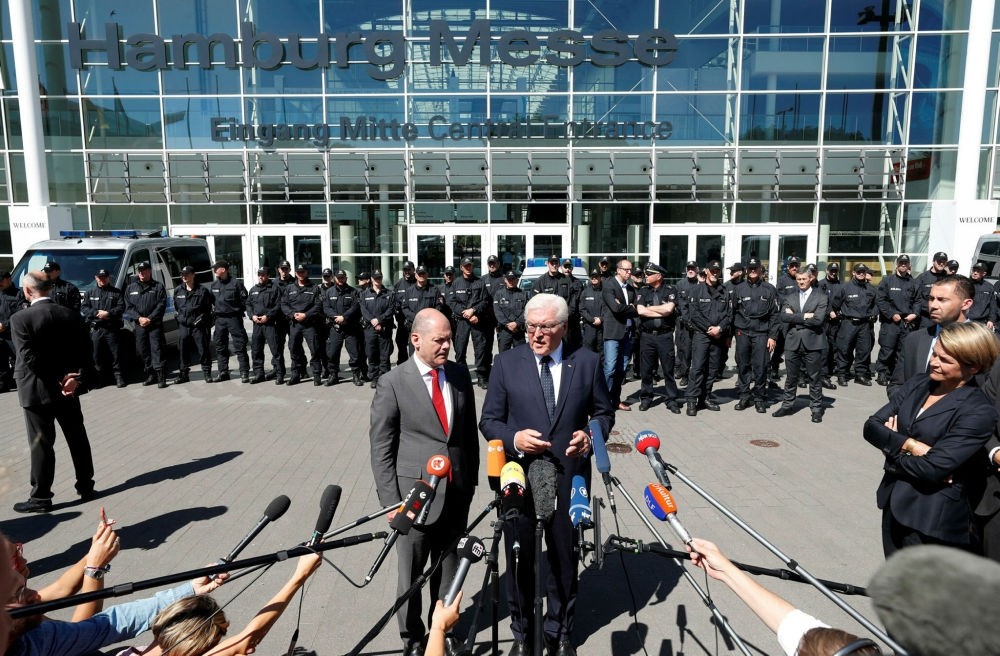 After violent demonstrations during the G20 summit, Hamburg's mayor resisted calls for his resignation while German Chancellor Angela Merkel defended her decision to choose the densely populated urban area of Hamburg

The explosion of violence at the G-20 meeting sparked pointed questions over how Hamburg could descend into "mob rule" and why Chancellor Angela Merkel chose a hotbed of leftist militancy as the venue. The German police admitted that despite 18 months of preparation that security forces had been "surprised" by the extent of the violence. The majority of Germans, 59 percent, believed the riots damage the image of their country, an Emnid poll showed.

The summit has led to a political chaos in the country amid criticism against Merkel's choice of Hamburg for the two-day summit and calls for Hamburg Mayor Olaf Scholz's resignation. German Mayor resisted calls to resign, while dismissing criticism by some peaceful demonstrators that officers had been excessive in what he called "the biggest police operation in the post-war period" and called for "lengthy jail sentences" for participants in the riots. Scholz thanked the "heroic" police for their service and the citizens of Hamburg who brought flowers to a military hospital where many officers were being treated, pledging compensation for those who suffered losses from vandalism.

German Chancellor Angela Merkel had condemned the violent protests and looting that marred the summit but defended her decision to hold it in a densely populated urban area. Hamburg, a seaport which is Germany's second biggest city, has a strong radical leftist tradition. It was also home to an al Qaeda cell that carried out the 9/11 attacks on U.S. targets in 2001.

Overall, 476 officers suffered injuries ranging from cuts and firework burns to eye damage from laser pointers. Police said on Sunday they had arrested 186 people and took 225 into custody.

German Justice Minister Heiko Maas and other German politicians have called for an extremist database after a Group of 20 summit in Hamburg was marred by looting, arson and violent skirmishes between left-wing extremists and police.

The large-scale disruption during the G20 meeting on July 7 and 8 showed that "we do not have an adequate database in Europe in the area of extremism," Maas told mass-circulation newspaper Bild on Monday.

Many perpetrators in the riots - which were policed by some 21,000 officers and resulted in hundreds of arrests - were from European countries outside Germany, said Maas, a center-left Social Democrat (SPD). A database "would enable authorities to get a better overview and to refuse entry to people at the border," he said.

Stephan Mayer, a lawmaker for the conservative Bavarian Christian Social Union (CSU), said that a European extremist database would be "sensible and worthy of support."

"There is a very active left-wing extremist scene in Germany, but also in other European countries," Mayer told Rheinische Post newspaper, adding that "controls at Germany's external borders introduced as part of the G20 should continue."