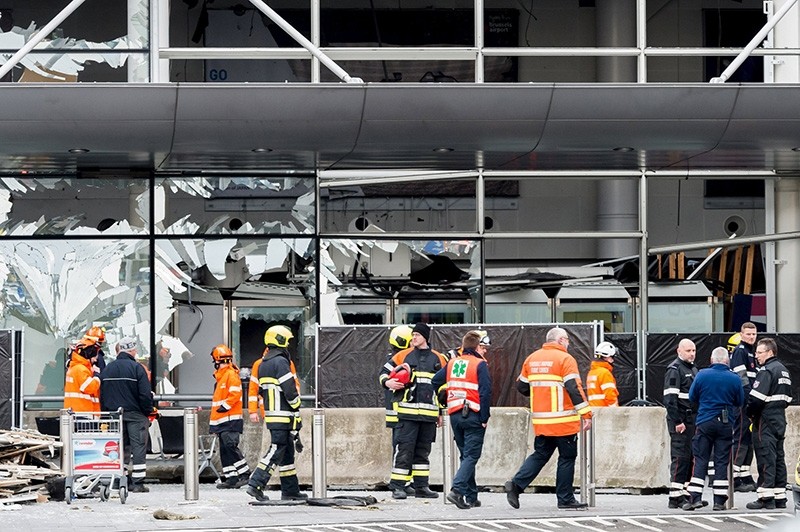 Staff members at Brussels national airport and rescuers stand outside the terminal for a ceremony following bomb attacks in Brussels metro and Belgium's National airport of Zaventem, Belgium, March 23, 2016 (Reuters Photo)
by Jul 12, 2017 12:00 am

The number of terrorist attacks resulting in fatalities in western Europe increased in 2016, despite an overall drop in the number of incidents taking place, according to data released by the Global Terrorism Database.

In addition, terrorist attacks have become more deadly, with 26.5 people on average being killed in 2015 and 2016, up from an average of four a year in the preceding three years.

The deadliest incident recorded in western Europe was the series of coordinated attacks on Paris in November 2015 that resulted in the deaths of 130 people and was claimed by Daesh terrorists.

Experts said Daesh, responsible for seven of the 10 deadliest attacks since 2012, was increasingly encouraging the use of knives and vehicles over firearms and explosives by their followers.

"It's very different to the al-Qaida threat, which was obsessed with mass casualties, bringing down airliners," Dr. Sajjan Gohel, International Security Director with the Asia-Pacific Foundation think tank told Reuters.

"What Daesh is trying to do is have a greater volume of attacks, but make it more cost effective and simpler."