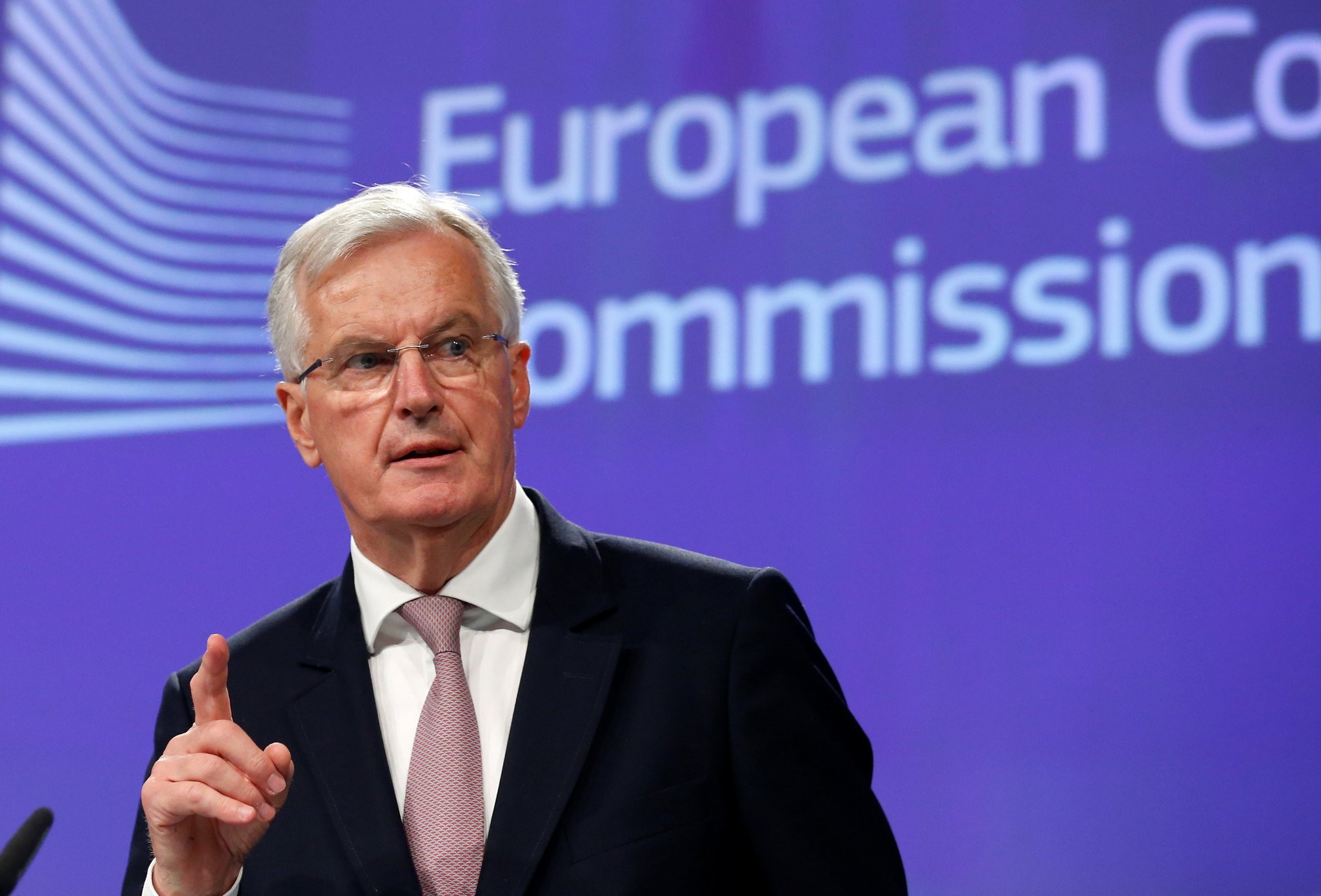 EU Brexit negotiator Michel Barnier warned Britain on Wednesday to quickly settle a row over its divorce bill, hitting back at foreign minister Boris Johnson's remark that the bloc could "go whistle" on the issue.

"I am not hearing any whistling, just the clock ticking," France's Barnier told a news conference when asked about Johnson's comments on the money the European Union expects Britain to pay when withdrawing.

Barnier also urged Britain to send Brussels its negotiating position on all key issues ahead of the second round of formal Brexit talks with his British counterpart David Davis, which start Monday in Brussels.

He added that following its vote last year to leave the EU, Britain must finally admit that it needed to foot the bill for its departure, estimated by EU officials at around 100 billion euros ($112 billion).

"On the single financial settlement, it is essential that the UK recognise the existence of financial obligations which are simply a result of the period in which they were members of the EU," he said.

Only then could the EU and Britain work on the "methodology" of how that bill would be worked out, added Barnier, a former European Commissioner and French foreign minister

The first phase of the Brexit talks are focusing on divorce issues -- the exit bill, the rights of EU citizens living in the UK and vice versa, and the border in Northern Ireland.

The EU says it will only start discussing future relations with the UK, including a possible trade deal, after "sufficient progress" has been made on those topics, hopefully later this year.

But the exit bill has been a major source of contention, with Johnson saying it was excessive in a speech to parliament on Monday.

"I think that the sums that I have seen that they propose to demand from this country seem to me to be extortionate and I think 'to go whistle' is an entirely appropriate expression."

But Barnier hinted that any future trade deal would depend on Britain paying its bills.

"How do you build a relationship which is going to last with a country where you don't have trust?" said the Frenchman.

"I can't imagine that a very great country like the UK will not also be a responsible country and respect its commitments."

A British government official said in response to Barnier's comments that "when we leave the EU, the days of paying vast sums into the EU every year will end".

But Britain "recognised that we will need to discuss how we determine a fair settlement of the UK's rights and obligations as a parting member state."

Barnier repeatedly said that the "clock is ticking" before his deadline of October 2018 to reach the outline of a deal, before Britain formally leaves the EU in March 2019.

"We now need to know the UK's position on each of these issues in order to make progress," he said.

He insisted that he and his team were ready to work evenings, weekends "and even Bastille Day (the French national holiday which falls on Friday)" to respond if Britain manages to get its proposals in before Monday.

However, he insisted that there must be progress on all three divorce issues before moving onto trade talks, adding that "progress on one or two would not be sufficient."

Barnier rejected May's offer at an EU summit last month on the rights of EU citizens after Brexit, saying that "the British position does not allow those persons concerned to live their lives as they do today."

He also insisted that the European Court of Justice (ECJ) should have jurisdiction over their fate in future, dismissing May's proposal that it should be under the control of British courts.

Membership of Euratom has become a major front between proponents of a "hard" and "soft" Brexit in Britain, after doctors said leaving it could jeopardise cancer treatments.