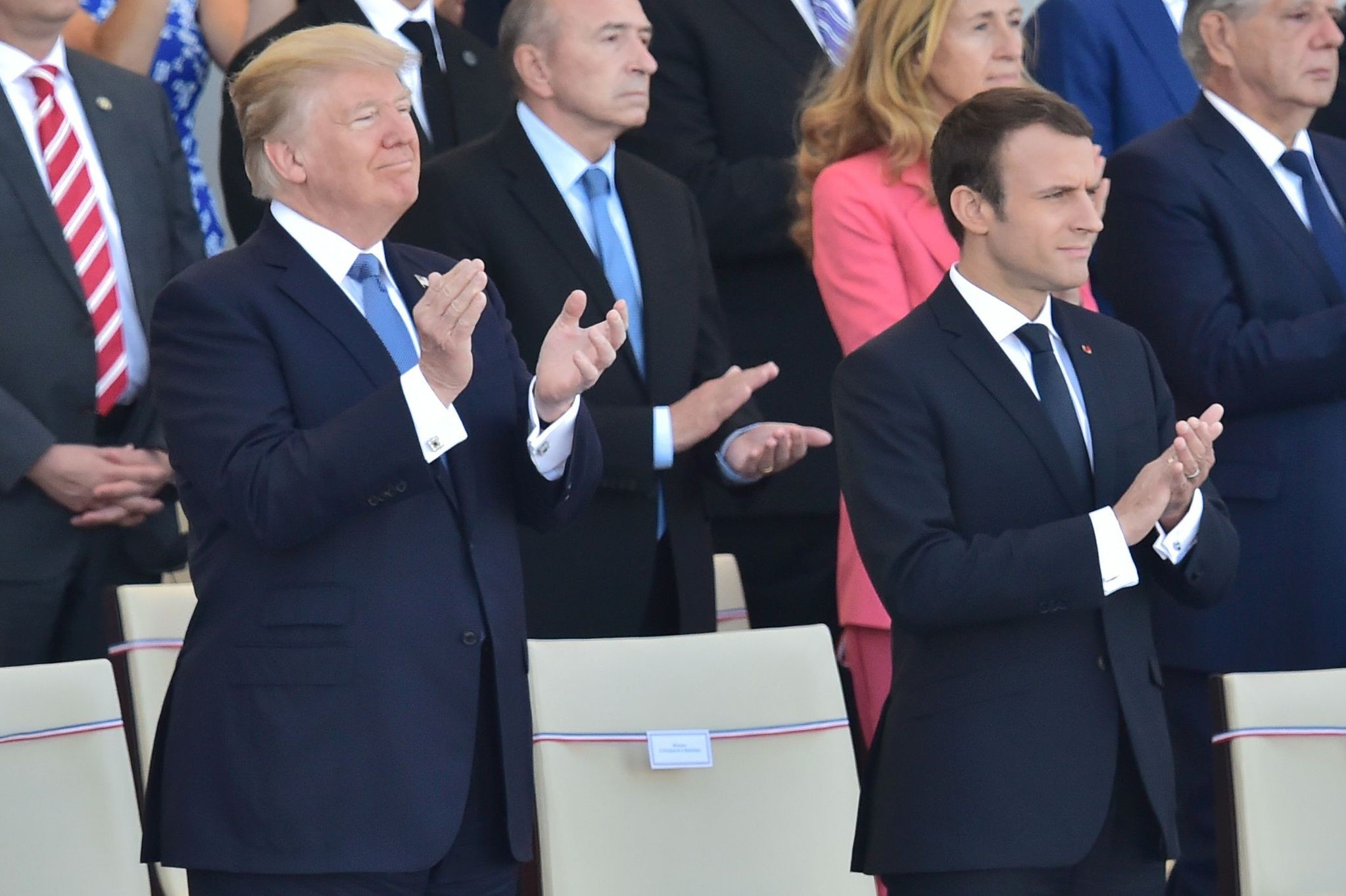 A French military band broke from tradition at the Bastille Day parade on Friday, dropping martial music for a rendition of "Get Lucky" by French electro superstars Daft Punk.

The unusual choice at the end of the military show on the Champs-Elysees seemed to amuse 39-year-old French President Emmanuel Macron who smiled broadly, while some VIPs seated behind him clapped along or broke into half-hearted dance moves.

It was unclear whether US President Donald Trump, guest of honor for the ceremony, was familiar with the 2013 global hit featuring US singer Pharrell Williams or other Daft Punk songs which formed part of the final medley.

The brass-and-drums band had started by playing the hymn of the southern city of Nice in a moving tribute to the victims of an attack there last year.

As they played "Nissa La Bella", they formed into the letters of the Mediterranean city before upping the tempo with "Get Lucky" in a performance that has become an instant social media hit.

A Tunisian man drove a truck into a crowd of people after a fireworks display in Nice last year on July 14, killing 86 people.