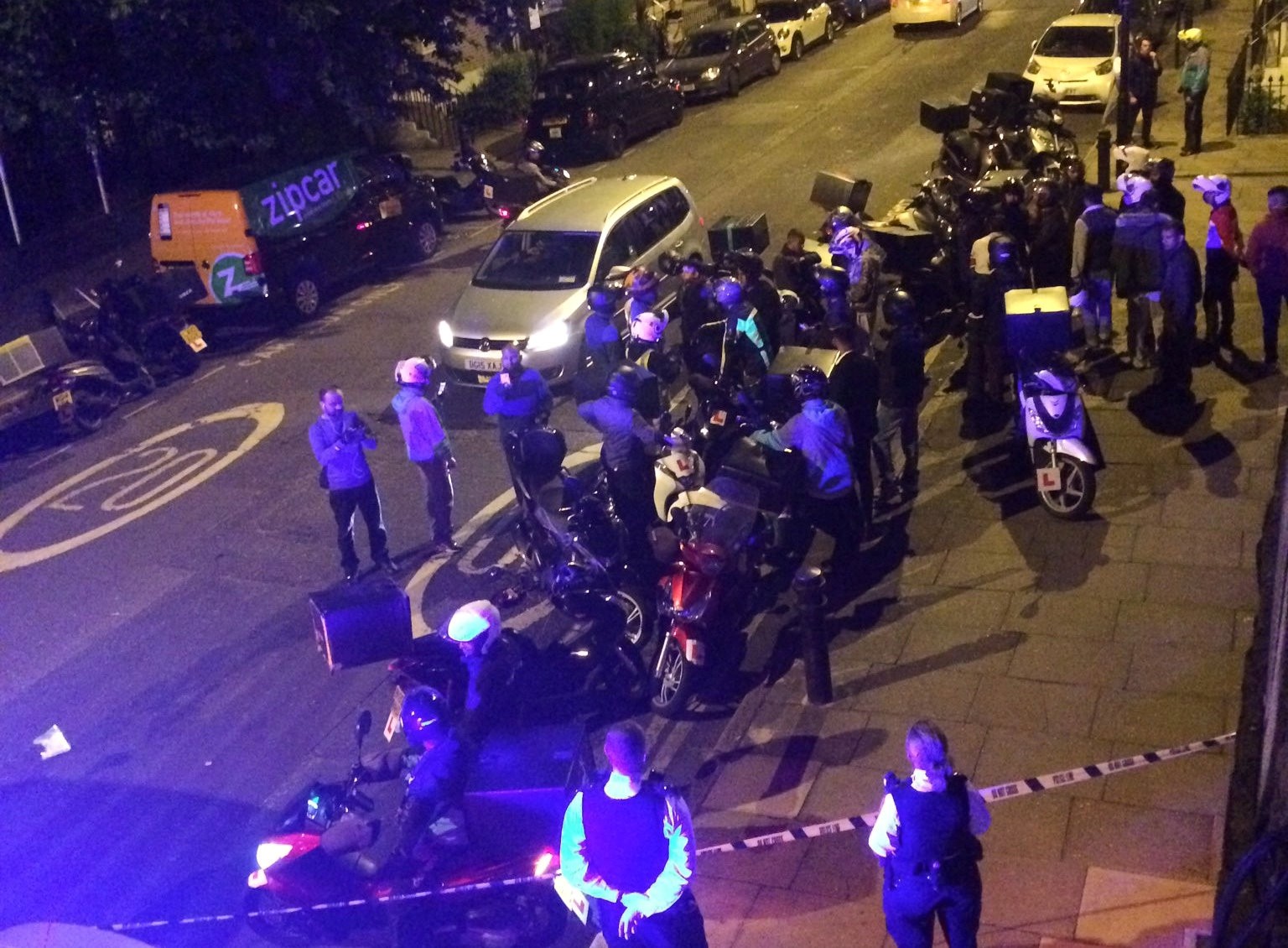 Emergency response following acid attack on the junction of Hackney Road junction with Queensbridge Road, London, July 13, 2017 in the picture obtained from social media.
by Daily Sabah with Reuters Jul 17, 2017 12:00 am

A 16-year-old boy was charged over five acid attacks on moped riders in less than 90 minutes across east London on Thursday, leaving several people with facial burns. Rudd said the increase in reports of attacks where acid or similar substance had been used as a weapon is "worrying."

"We can and will improve our response," Rudd wrote in an article for the Sunday Times newspaper.

Rudd said guidance to prosecutors would be reviewed so that acid and other corrosive substances could be classed as dangerous weapons, and authorities would be given the powers they need to ensure those who commit such crimes "feel the full force of the law".

"I am clear that life sentences must not be reserved for acid attack survivors," she said.

The government will also work with retailers to agree on measures to restrict the sales of acid and other corrosive substances.

One of the injured in Thursday's attacks was a Muslim food delivery rider Jabed Hussain, 32, who works for UberEATS. He had his moped stolen and his face sprayed with liquid.

He said he knocked on the windows of the cars behind for help but nobody opened their doors. He was later taken to an east London hospital by a female passerby.

"I'm really scared. I don't know what to do. My wife, she's scared. My family's scared. They were asking me to leave that job, but I love that job."

Earlier in July, a young Muslim woman and her cousin suffered 'life-changing' injuries after an acid attack in east London when she was celebrating her 21st birthday.

​Resham Khan and her 37-year-old cousin Jameel Mukhtar were doused in sulphuric acid by an attacker, who was identified as a man named John Tomlin, while they were inside a car in traffic in Beckton. Tomlin was later arrested and charged with two counts of grievous bodily harm with intent.