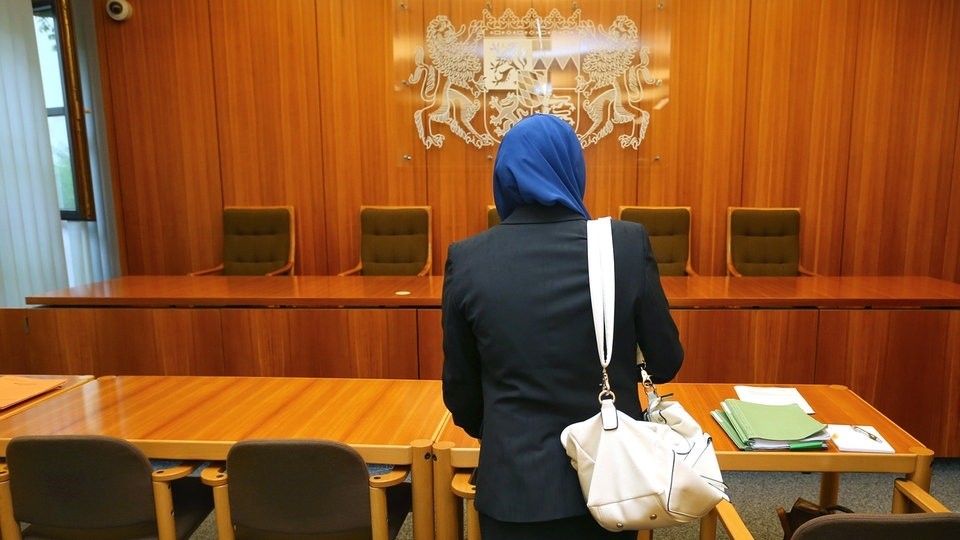 A family judge in northeastern Brandenburg state has banned a Muslim woman from wearing a headscarf in the courtroom, German daily "Tagesspiegel" reported Monday.

"Religiously motivated statements such as headscarves are not allowed in the courtroom and during a hearing," the daily cited a judicial letter delivered to lawyer Najat Abokal, who is representing the Syrian woman.

The claimant came to Germany as a Syrian refugee and wanted to divorce her husband at the Luckenwalde court in Brandenburg's Teltow-Fläming district, media sources reported.

The judge overseeing the trial, which was scheduled to take place on July 27th, also wrote in the judicial warning letter that in the case of non-compliance, regulatory measures would be taken.

According to the German neutrality act, civil servants are not allowed to wear any religious symbols, however this rule does not apply to independent individuals, in this case the claimant and her lawyer.

Lawyer Abokal told "Tagesspiegel" that he considered the procedure to be unconstitutional, adding that he already appealed the judge's decision, which led to the postponement of the hearing for the time being.

The judge has given no comment, however the magistrate's office said that the judge "has to take care of order in the courtroom, where religious symbols have no place."

In 2005, Berlin was the first German state to ban the headscarf, but also other visible religious symbols, from civil service.

Teachers, as well as civil servants in courts, the judiciary and the police, are not allowed to carry any "visible religious or ideological symbols" during the performance of their service - including the cross and the Jewish kippah.

Wearing religious symbols in civil service has been a source of controversy in Germany amid the neutrality act.

Most recently, a teacher in Berlin, who was wearing a necklace with a fish pendant, was banned from wearing the Christian symbol with a school decision.