Swiss couple who disappeared 75 years ago found on glacier 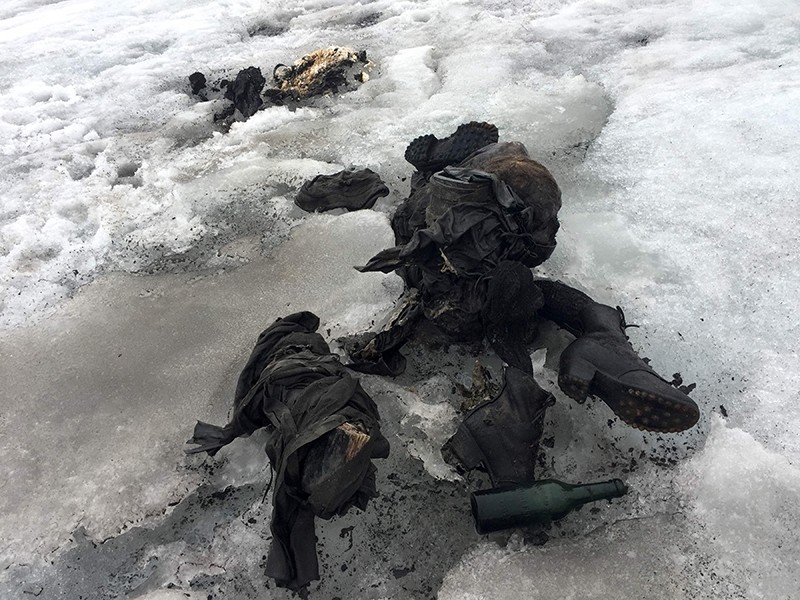 A couple that disappeared in the Alps 75 years ago has been found preserved in a receding glacier, ending decades of uncertainty for their seven children, Swiss media reported Tuesday.

The bodies were found lying near each other in the Diablerets massif in southern Switzerland, along with backpacks, a bottle, a book and a watch, according to Le Matin daily.

The head of the Glacier 3000 ski resort, Bernard Tschannen, told Le Matin that the bodies were found last Thursday.

"It was a man and a woman wearing clothes from the last (world) war," Tschannen was quoted as saying. "The ice preserved them perfectly and their belongings were intact."

Tschannen told the paper that the couple had likely fallen into a crevasse.

A DNA search has been planned to definitively establish their identities, but Le Matin quoted Marceline Dumoulin as saying she believed the remains were of her parents, who went missing on Aug. 15, 1942.

Marcelin Dumoulin, a 40-year-old shoemaker at the time, and his wife Francine, a schoolteacher aged 37, had left their village of Chandolin to graze their cattle in the mountainside.

Searches were carried out for more than two months but ultimately the seven orphans -- five boys and two girls -- were placed in foster homes.

"We spent our whole lives searching for them, without stopping. We never thought we'd be able to give them the funeral they deserved," Marceline Dumoulin, who was four when her parents went missing, told Le Matin.