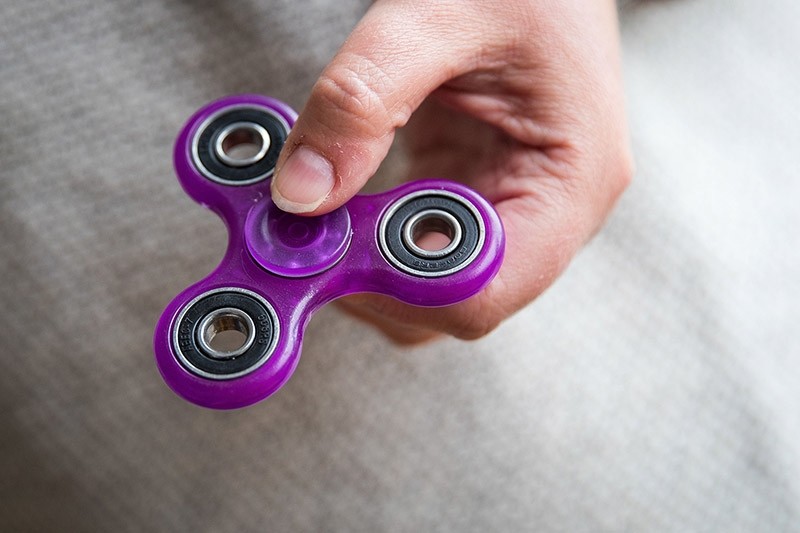 Russian consumer watchdog said Tuesday that it is investigating fidget spinners after state television reported that opposition activists are using them to attract supporters.

State-owned Rossiya 24 put out a report last month, claiming the popular toys were sold at opposition rallies and online advertisements for them lead to YouTube channels promoting opposition politicians.

According to the report, YouTube channels that advertise fidget spinners contain "a lot of politics" and recruit a "potentially protesting audience."

"The spinners are increasingly popular not only among children, they were repeatedly seen in the hands of non-systematic opposition," the report said.

In a separate report Ruslan Ostashko, the editor in chief of PolitRussia.ru, a pro-Kremlin website, told Rossiya 24 that opposition uses the toys to lure the youth.

"Those who understand political technologies, they understand very clearly that this simple thing is controlling the masses," Ostashko said.

Fidget spinner — toys usually made of metal designed to keep hands occupied — have taken the world by storm in recent months.

Russia's consumer watchdog said in a statement on Tuesday that it is concerned about "an aggressive promotion of spinners" among children and teenagers. The Consumer Oversight Agency said it has teamed up with researchers to "study the influence" of fidget spinners on children's wellbeing.

Pending the investigation the watchdog issued tips for parents who do buy fidget spinners for their children, including a recommendation to purchase them only from licensed sellers and check them for broken parts.